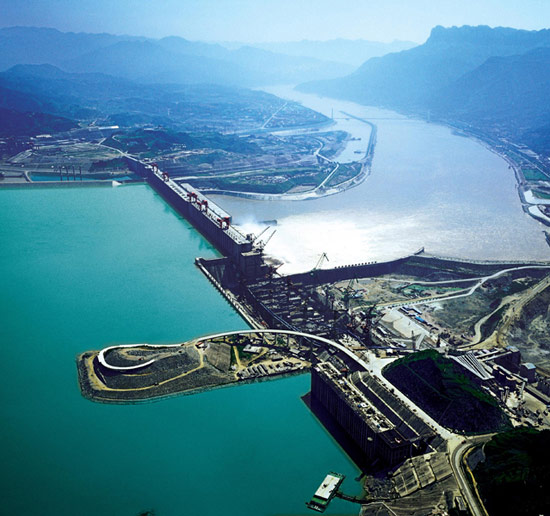 BEIJING (AP) — Authorities have halted shipping through China’s massive Three Gorges Dam on the upper reaches of the Yangtze river because the dam will experience another flood peak Tuesday.

Water levels at the world’s largest hydroelectric project have been at high levels for weeks from record rains, which have also lashed other parts of the country, triggering landslides and flooding, and causing deaths and billions in damage.

The State Flood Control and Drought Relief Headquarters said that late Monday the water level in the dam was about 500 feet (152 meters), 24 feet (7 meters) above the flood alarm level but still below a peak of about 518 feet (158 meters) reached earlier this summer. The reservoir’s maximum capacity is 574 feet (175 meters).

The statement posted on the organization’s website said shipping services through the dam were suspended twice in July because of heavy water flows into the dam, a $23 billion project that was built to end centuries of floods along the Yangtze River basin.

This has been the worst year in a decade for floods and landslides in China, with widespread evacuations and washed out villages.

Over the weekend, flooding along China’s border with North Korea forced the evacuation of more than a quarter-million people, although water levels along the Yalu river have now fallen.

The worst-hit area was the northwestern province of Gansu were rescue efforts have been called off for 330 people still missing after an Aug. 8 mudslide tore through Zhouqu county, killing 1,435 people, Xinhua said.