The land of the free!

Philly wages a $300 “business privilege tax” on bloggers, even if they make no profit 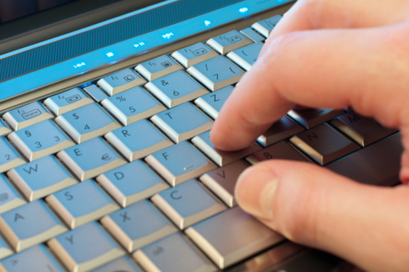 Taking a step closer to an eerie Orwellian state where creativity is crushed in the name of “the greater good,” the city of Philadelphia is demanding that bloggers pay $300 for the privilege of writing on the Internet.

This $300 “business privilege license” is for all local bloggers – even the ones that make no money off their words.

The city doesn’t stop there. In addition to the $300 for the license to write on the World Wide Web, bloggers must pay city wage taxes, business privilege taxes and taxes on any net profits — on top of state and federal taxes — even if the blogger only made $11 over two years, reports the City Paper.

Blogger Marilyn Bess, whose Ms. Philly Organic Blog has made her a whopping $50 over the past few years, went to the city’s tax amnesty program to explain that she makes pennies on her hobby. They told her to hire an accountant, she told the City Paper.

In an economy where jobs are sparse and people try to make ends meet with part-time jobs, taxing the independent, scrappy freelancers and bloggers seems counterproductive.

But the emptying of bloggers’ wallets may not be the worst result of these taxes. With the city’s charge being more than what most bloggers make, their voices could be silenced, as the extra expense is enough to discourage many from even having a blog.

“To say that these kinds of draconian measures are detrimental to the public discourse would be an understatement,” writes the Washington Examiner’s Mark Hemingway.

So what’s next? Higher taxes for longer blogs, cutting the use of vocabulary “newspeak“-style. Oh Nineteen Eighty-Four, you still scare the spit out of us.