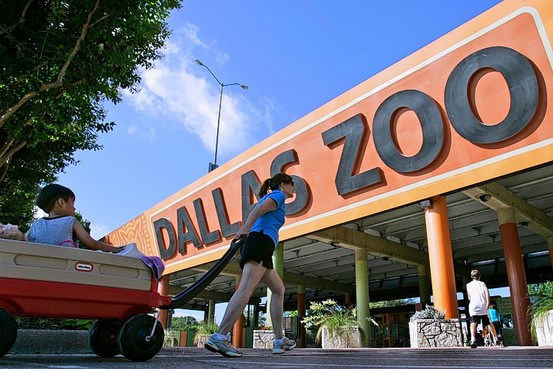 Cities and states across the nation are selling and leasing everything from airports to zoos-a fire sale that could help plug budget holes now but worsen their financial woes over the long run.

California is looking to shed state office buildings. Milwaukee has proposed selling its water supply; in Chicago and New Haven, Conn., it’s parking meters. In Louisiana and Georgia, airports are up for grabs..

About 35 deals now are in the pipeline in the U.S., according to research by Royal Bank of Scotland’s RBS Global Banking & Markets. Those assets have a market value of about $45 billion-more than ten times the $4 billion or so two years ago, estimates Dana Levenson, head of infrastructure banking at RBS. Hundreds more deals are being considered, analysts say.

The deals illustrate the increasingly tight financial squeeze gripping communities. Many are using asset sales to balance budgets ravaged by declines in tax revenues and unfunded pensions. In recent congressional testimony, billionaire investor Warren Buffett said he worried about how municipalities will pay for public workers’ retirement and health benefits and suggested that the federal government may ultimately be compelled to bail out states.

“Privatization”-selling government-owned property to private corporations and other entities-has been popular for years in Europe, Canada and Australia, where government once owned big chunks of the economy.

In many cases, the private takeover of government-controlled industry or services can result in more efficient and profitable operations. On a toll road, for example, a private operator may have more money to pump into repairs and would bear the brunt of losses if drivers used the road less.

While asset sales can create efficiencies, critics say the way these current sales are being handled could hurt communities over the long run. Some properties are being sold at fire-sale prices into a weak market. The deals mean cities are giving up long-term, recurring income streams in exchange for lump-sum payments to plug one-time budget gaps.

The deals are threatening credit ratings in some cases and affecting the quality and cost of basic utilities such as electricity and water. Critics say many of the moves are akin to individuals using their retirement plans to pay for immediate needs, instead of planning for the future.

“The deals are part of a broader restructuring of our economy that carries big risks because of revenue losses over time,” says Michael Likosky, a professor at New York University who specializes in public finance law.

Municipalities argue that the money they raise could help build more long-term assets, boost efficiency and avoid raising taxes. “The City of Los Angeles shouldn’t be in the parking business,” says Mike Mullen, senior adviser to L.A.’s mayor. Mr. Mullen was hired from Bank of Montreal to study selling some of the city’s assets, including parking spaces, which bring in about $20 million annually.

In the U.S., selling public buildings and leasing them back got some attention in the 1980s, but those deals were largely done for tax benefits and the asset generally stayed in public hands.

The current deals are fundamentally different because control of the asset transfers to private hands. In such deals, “the private investor takes on operating risk,” Mr. Likosky says.

In New York’s Nassau County, officials last week began seeking buyers for the rights to rent on a former military base called Mitchel Field. The county would still own the 200-acre site, but would get an upfront payment from an investor who would collect the rent payments for up to 30 years-estimated at about $113 million. The county hopes to raise about $20 million to help fill a budget gap.

The most popular deals in the works are metered municipal street and garage parking spaces. One of the first was in Chicago where the city received $1.16 billion in 2008 to allow a consortium led by Morgan Stanley to run more than 36,000 metered parking spaces for 75 years. The city continues to set the rules and rates for the meters and collects parking fines. But the investors keep the revenues, which this year will more than triple the $20 million the city was collecting, according to credit rating firms. 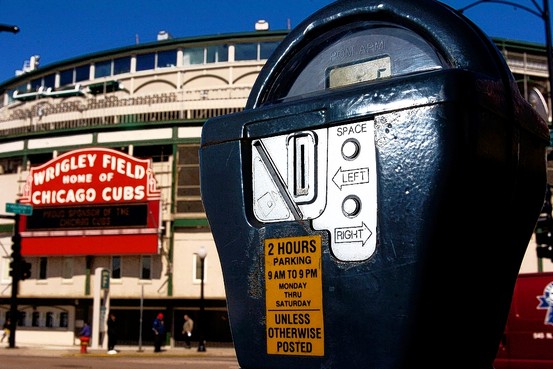 Chicago received $1.16 billion in 2008 to allow a consortium to run metered parking spaces for 75 years.

After the deal, some drivers complained about price increases as well as meter malfunctions caused by the overwhelming number of quarters that suddenly were required.

Based on the new rates, the inspector general claimed the city was short-changed by about $1 billion.

“The investors will make their money back in 20 years and we are stuck for 50 more years making zero dollars,” says Scott Waguespack, an alderman who voted against the lease. A spokeswoman for Morgan Stanley declined to comment.

Thomas Lanctot, head of public finance at William Blair & Co., which advised the city on the leasing, says Chicago got a good price. The deal protects the city from economic risks, he said, such as drivers moving to mass transit. “This is not the crown jewels,” he says. “This is asphalt.”

The city said it is investing $100 million of the $1.16 billion in human infrastructure programs like a low-income housing trust fund, ex-offender and other job and social programs. About $1 billion has already been spent on operational expenses such as salaries and sanitation-a fact that came into the equation when Fitch Ratings in early August downgraded Chicago’s bond rating to “AA” from “AA-plus.”

The downgrade, which could raise borrowing costs, was due partly to Chicago’s “accelerated use of reserves to balance operations,” Fitch said.

Around the country, at least a dozen public parking systems are up for bid, including in San Francisco and Las Vegas.

Proponents say private businesses are better at balancing parkers with spaces, advertising and matching prices with demand. Critics claim the sales are garnering too little money, are driving up parking rates and removing a valuable revenue stream.

Besides, if a city wants to use a parking lot property for something else years down the road, it can’t-the city is typically locked into parking for the lease’s life unless it compensates the new operator for the long term revenue loss.

In Pittsburgh, the mayor is proposing to lease out the parking system for an upfront sum of about $300 million over 50 years and funnel the money into the pension system.

Bill Peduto, a city councilman, is fighting the plan. The spaces generate $35 million annually, and considering that the concessionaires are proposing doubling rates, he says, the city will ultimately lose $3.5 billion over the life of the lease.

“Even with the money from a sale, we’ll have to put another $17 million annually into the pension fund-and we don’t have that,” Mr. Peduto says. He prefers raising parking rates slightly and floating a bond to stabilize the pension fund.

A spokesman for Pittsburgh’s mayor didn’t return calls for comment.

The privatization trend is being spurred by a cottage industry of consultants, lawyers and bankers. Allen & Overy, a New York law firm, dubs it “rescue investing” and recently provided investors a booklet on “jurisdictions of opportunity”-municipalities whose laws, budget woes and credit ratings make them most likely to make deals.

“More public-private partnerships for public infrastructure in the U.S. have reached commercial and financial close than during any comparable period in U.S. history,” the booklet says.

Many municipalities have long done a poor job of running their roads, parking spaces and bridges, contends David Horner, a lawyer at Allen & Overy. Maintenance contracts, for example, are highly political and with revenues shrinking, infrastructure is increasingly deteriorating. Critics say buyers are taking advantage of municipalities at a vulnerable time and lack the incentive that governments have to maintain quality.

Among assets on the block all over the country are state and city office buildings. Arizona received national attention in late 2009-including a skit on the “Daily Show”-when it announced plans to raise more than $1 billion turning over control of public buildings and leasing them back. Much of the money is being used to plug the state’s budget hole.

Such “one-time budget maneuvers” were cited in a Moody’s Investor Services report recently to downgrade Arizona a notch.

“We view these asset sales as 1-shots…that create structural budget imbalances in future years, but that may be necessary actions to bridge the time gap until revenue stabilization or growth returns,” says Robert Kurtter, a managing director at Moody’s.

The California legislature recently released a report by its analyst’s office entitled “Should the State Sell its Office Buildings?” California originally bought office buildings to save money, the report says. The cost of leasing them back “would exceed sales revenue,” it said, making the sales “poor fiscal policy.”

But “in the current budget environment,” it added, such deals are necessary to balance the budget.

Water supply also is being sold to private interests. In Milwaukee, a consumer advocate called a plan to sell the water system “mortgaging Milwaukee’s future.” The report, by Washington-based Food and Water Watch, says private water service in general costs 59% more as new owners seek to recoup their investment. It adds: “Water users cannot vote private managers or state-appointed regulators out of office.”

City Comptroller W. Martin Morics argues that the plan, which is on the back burner, could bring in more than $500 million through a lease over 75 to 99 years.

Airports also are being privatized under a limited federal program. Deals under consideration for lease include airports in New Orleans and Puerto Rico. In Lawrenceville, Ga., residents last month protested against the privatization of Gwinnett County, Ga., airport.

Their main concerns were noise and pollution, as a private owner aims to expand it into a commercial airport. The county and a private operator have said that the plan would free up revenues, now reserved for airport use only, for other purposes and create jobs.

Dallas is selling prized outdoor spaces. After turning over operation of the zoo to a private firm, the city is now hawking the Farmers’ Market and Fair Park.

“It would be part of budget solutions and streamlining operations,” says city spokesman Frank Librio, who notes that the city is doing what it can to close a budget gap and replenish reserves.