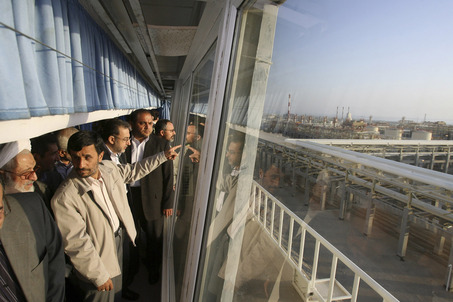 In the past few weeks Iran’s gas infrastructure, which is central to the country’s energy requirements, has been hit by a series of unexplained explosions.

The series of mysterious explosions began at the end of July when the state-owned Tehran Times reported that a pipeline carrying gas from Iran to Turkey had exploded near the eastern Turkish town of Dogubayazit. Iranian officials blamed the blast on Kurdish rebels.

This was followed earlier this month by reports in the Iranian press of an explosion in a gas pipeline on the outskirts of Tabriz. A few days later there was a more serious incident on August 4 when five people were killed when another gas pipeline exploded on the outskirts of  the Pardis petrochemical plant. The explosion took place just a week after Iranian President Mahmoud Ahmadinejad had made an official visit to the complex.  Finally, on August 10, a pipeline exploded in the city of Masjed Sleiman.

Internal investigations by Iranian officials have blamed this recent spate of explosions on bad maintenance. Iran’s Revolutionary Guards, which are responsible for maintaining the country’s vital gas infrastructure, have been accused of under-investing in routine maintenance so that they could divert funds to other programmes with higher priorities, such as the nuclear programme.

But the high number of attacks on Iran’s gas pipelines within the space of less than a month will inevitably raised suspicions that this is the work of professional saboteurs. The CIA, for example, is known to have a clandestine operation underway to destabilise the Iranian regime. Certainly the prospect of facing the next winter without adequate fuel supplies would not go down well in a country which has still not come to terms with last year’s rigged presidential election contest.