Barack Obama has signed into law a $600 million measure aimed at strengthening the Mexican border. 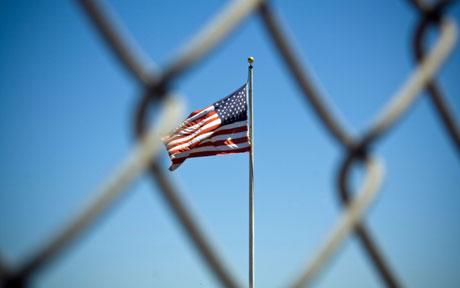 Florida’s proposed legislation requires police making an arrest to determine whether the person is in the country legally Photo: ALAMY

The US president signed the bill at the White House alongside Homeland Security Secretary Janet Napolitano. It will pay for the hiring of 1,000 new Border Patrol agents to be deployed at critical areas along the border, as well as more Immigration and Customs Enforcement agents. It also provides for new communications equipment and greater use of unmanned surveillance drones.

Some Republicans, including border state Arizona Sen. John McCain, say that while the legislation is a start, it falls short by not dramatically increasing the number of customs inspectors along the border and not funding a program that charges illegal immigrants with low-level crimes.

Arizona has been at the centre of the border security debate because of its new law directing law enforcement officers to be more aggressive in seeking out illegal immigrants. Although a federal judge has since struck down some of the law’s major provisions, it remains a rallying cry for those who say Washington has lost control of the border.

Florida has become the latest state to propose controversial laws which go further than those of Arizona.