Being struck by lightning and survive with a minor burn sounds like a very lucky day to me.

Friday the 13th is often thought of as an unlucky day – and it lived up to its reputation for one youngster. 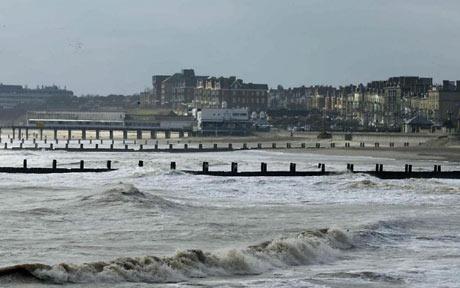 Three people were hit by lightning during a display of the Red Arrows at Lowestoft in Suffolk Photo: Julian Simmonds

At precisely 13:13, a boy aged 13 was seen by the St John Ambulance team at Lowestoft Seafront Air Festival in Suffolk after he was struck by lightning, a spokesman said.

The boy suffered a minor burn and was taken to James Paget Hospital, where he is expected to make a full recovery.

Jason Gillingham, county ambulance officer and on scene at the show, said: ”This was a very minor burn to the boy’s shoulder, but he was conveyed to hospital and is recovering well.”

A second teenager and a woman were also struck by lightning but did not need hospital treatment.

The three were watching a display of the Red Arrows during a downpour when the lightning struck.