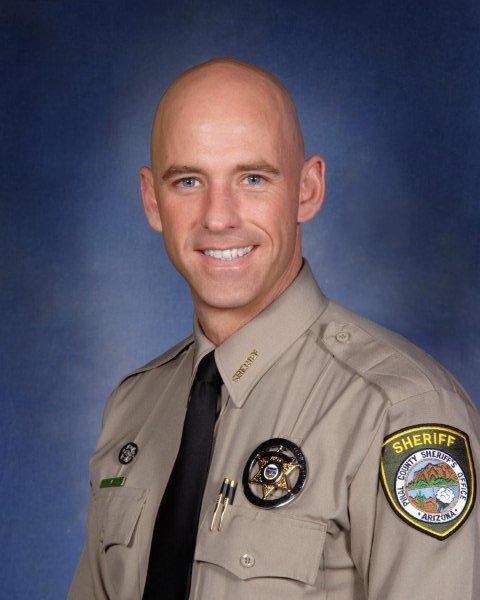 Babeu told CNSNews.com that rather than help law enforcement in Arizona stop the hundreds of thousands of people who come into the United States illegally, the federal government is targeting the state and its law enforcement personnel.

“What’s very troubling is the fact that at a time when we in law enforcement and our state need help from the federal government, instead of sending help they put up billboard-size signs warning our citizens to stay out of the desert in my county because of dangerous drug and human smuggling and weapons and bandits and all these other things and then, behind that, they drag us into court with the ACLU,” Babeu said.

The sheriff was referring to the law suits filed by the American Civil Liberties Union and the U.S. Department of Justice challenging the state’s new immigration law.

“So who has partnered with the ACLU?” Babeu said in a telephone interview with CNSNews.com. “It’s the president and (Attorney General) Eric Holder himself. And that’s simply outrageous.”

Last week, U.S. District Judge Susan Bolton placed a temporary injunction on portions of the bill that allowed law enforcement personnel during the course of a criminal investigation who have probable cause to think an individual is in the country illegally to check immigration status. The state of Arizona filed an appeal on Thursday with the 9th Circuit Court of Appeals.

“Our own government has become our enemy and is taking us to court at a time when we need help,” Babeu said.

Babeu and Sheriff Larry Dever of Cochise County Ariz., spoke by phone with CNSNews.com last week about the May 17 ACLU class-action lawsuit, which charges the law uses racial profiling and named the county attorneys and sheriffs in all 15 Arizona counties as defendants. The Department of Justice filed a lawsuit on July 6, charging the Arizona law preempted the federal government’s sole right to enforce immigration law.

“If the president would do his job and secure the border; send 3,000 armed soldiers to the Arizona border and stop the illegal immigration and the drug smuggling and the violence, we wouldn’t even be in this position and where we’re forced to take matters into our own hands,” Babeu said.
Dever said the federal government’s failure to secure the border and its current thwarting of Arizona’s effort to control illegal immigration within its borders has implications for the entire country.

“The bigger picture is while what’s going on in Arizona is critically important, what comes out of this and happens here will affect our entire nation in terms of our ability to protect our citizenry from a very serious homeland security threat,” Dever said. “People who are coming across the border in my county aren’t staying there. They’re going everywhere USA and a lot of them are bad, bad people.”

The CBP also reports that 17 percent of those detained already have a criminal record in the United States.

Both Babeu and Dever said they want to remain involved in the legal battle over the law, which many experts predict will end up being decided by the U.S. Supreme Court.

Dever has hired an independent attorney to represent him in the ACLU case and his attorney has already filed a motion of intervention in the DOJ lawsuit so the “(Dever) will have a seat at the table.”

A Web site also has been launched by the non-profit, Iowa-based Legacy Foundation to raise money for the Babeu’s and Dever’s legal defense.

Both men said they believe the outcome of the case has national significance.”For us, this is a public safety matter and a national security threat,” Babeu said.