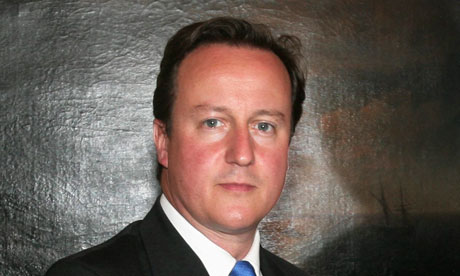 David Cameron used a visit to Turkey to make his strongest intervention yet in the intractable Middle East conflict today when he likened the experience of Palestinians in the blockaded Gaza Strip to that of a “prison camp”.

Although he has made similar remarks before, his decision to repeat them on a world stage in Turkey, whose relations with Israel have deteriorated sharply since it mounted a deadly assault on the Gaza flotilla, gave them much greater diplomatic significance.

Cameron’s comments, in a speech to business leaders in Ankara, prompted the Turkish prime minister, Recep Tayyip Erdogan, to issue another strong condemnation of how Israel dealt with the flotilla.

Cameron’s criticism of Tel Aviv came when he called for Israel to relax its restrictions on Gaza. “The situation in Gaza has to change,” he said. “Humanitarian goods and people must flow in both directions. Gaza cannot and must not be allowed to remain a prison camp.”

He strongly condemned Israel after the assault on the Gaza flotilla. “The Israeli attack on the Gaza flotilla was completely unacceptable,” he said. “I have told prime minister [Benjamin] Netanyahu we will expect the Israeli inquiry to be swift, transparent and rigorous. “Let me also be clear that the situation in Gaza has to change.”

Hansard, the House of Commons’ official record, shows Cameron said on 28 June: “Everybody knows that we are not going to sort out the problem of the Middle East peace process while there is, effectively, a giant open prison in Gaza.”

His choice of the words “prison camp” instead of “open prison” is likely to be seized upon. But a Downing Street source later tried to play down Cameron’s comments. “This is not an elevation of the rhetoric. This is equivalent language. The prime minister remains concerned.”

Cameron said Britain remained opposed to the blockade of Gaza. “The fact is we have long supported lifting the blockade of Gaza, we have long supported proper humanitarian access. Even though some progress has been made we are still in the situation where it is very difficult to get in, it is very difficult to get out. So I think the description is warranted.”

“The pirates are there in Somalia and we take our measures. When a similar situation occurs here … political leaders, who are there to establish a fair life for everyone – they should not remain silent.”

After Cameron made his remarks, Ron Prosor, the Israeli ambassador to London, blamed the Palestinians’ situation on Hamas, the Islamist regime that controls the Gaza Strip. “The people of Gaza are the prisoners of the terrorist organisation Hamas. The situation in Gaza is the direct result of Hamas’ rule and priorities.

“We know that the prime minister would also share our grave concerns about our own prisoner in the Gaza Strip, Gilad Shalit, who has been held hostage there for over four years, without receiving a single Red Cross visit.”

Ephraim Sneh, the former Israeli deputy minister of defence, said: “Cameron is right – Gaza is a prison camp, but those who control the prison are Hamas. I’m totally against the double standards of a nation which fights the Taliban but is showing its solidarity with their brothers, Hamas.

Also during his speech, Cameron challenged France and Germany over their opposition to Turkish membership of the EU.

In a passionate defence of Turkey, the prime minister accused Paris and Berlin of double standards for expecting Ankara to guard Europe’s borders as a Nato member while closing the door to EU membership.

“When I think about what Turkey has done to defend Europe as a Nato ally … I believe it’s just wrong to say Turkey can guard the camp but not be allowed to sit inside the tent.”

His tough language reflects Britain’s frustration that Ankara’s EU membership negotiations have stalled since they were formally opened in 2005. Turkey’s involvement in the Cyprus dispute and its refusal to open its ports to Greek Cypriot goods are holding up the talks.

Cameron also said Turkey should use its links with Iran to persuade Tehran to abandon its nuclear weapons programme.

Turkey is to abide by new UN sanctions, agreed last month, which are focused on individuals and companies linked to Iran’s nuclear and missile programmes. But it will not implement wider US and EU restrictions on banks, and wants to deepen trade links with Iran.

The prime minister said Turkey’s special place, as a bridge between east and west, gave it a key role with Iran. “It’s Turkey that can help us stop Iran from getting the bomb,” he said.

Iran reached an agreement in May with Turkey and Brazil to export 1,200kg of low-enriched uranium in return for fuel rods for a civilian reactor. The prime minister said he hoped this understanding could help “see Iran move in the right direction”.

But he cast doubt over Iran’s intentions when he said: “Even if Iran were to complete the deal proposed in their recent agreement with Turkey and Brazil, it would still retain around 50% of its stockpile of low-enriched uranium.”

The prime minister is on a four-day visit to Turkey and India. Cameron laid a wreath at Anitkabir, the mausoleum of Mustafa Kemal Atatürk, the father of modern secular Turkey, before delivering his address. This afternoon he will fly to India.