See also: The Scariest Job Chart Ever Just Got Even Scarier

The official unemployment rate, based on a complete BS accounting method, declined to 9.5 percent.

The reality is that this is the Greatest Depression. 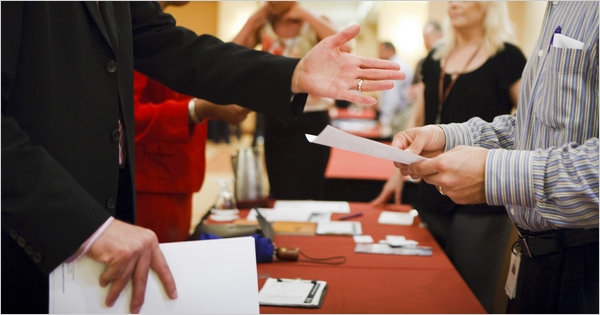 Job seekers hand out resumes at the University of Phoenix’s table at a job fair sponsored by Houston Hires in Houston this week.

The United States added just 83,000 private-sector jobs in June, a dishearteningly low number that could add to the growing number of economists who warn that the economic recovery is stalling.

Over all, the nation lost 125,000 jobs, according to the monthly snapshot of the job market released by the Labor Department on Friday. Most of the lost jobs came as temporary workers hired by the federal government to help with the census exited their jobs.

The unemployment rate, based on a different survey, declined to 9.5 percent in June from the previous 9.7 percent.

Just as last month’s government job report appeared deceptively robust, swollen as it was by 411,000 workers hired by the federal government to help with the census, so the June report appears deceptively anemic, as the government is shedding many of those same temporary census workers.

The median forecast from economists and economic forecasting firms was that the nation would add 110,000 private-sector jobs. The economy needs to add about 130,000 to 150,000 jobs a month just to keep pace with new workers entering the market. The labor pool is already packed with 15 million Americans looking for work.

The week or so leading up to Friday’s report offered a grim rat-a-tat-tat of statistics pointing to a slowing economy. Auto sales were off more than expected, as sales plunged 30 percent in May, a far greater drop than expected. And unemployment claims rose by 13,000 to 472,000, which is far higher than usual if one is looking for signs that private payrolls are growing in a sustained fashion.

Private job growth has risen every month this year. But that growth slowed to a worrisome trickle in May, as the economy created just 33,000 jobs that month, according to revised figures released Friday. By way of comparison, the economy has lost 7.4 million jobs since the recession began in December 2007.

The number of long-term unemployed, those Americans out of work for 27 weeks or more, remained at its highest peak since the Labor Department began collecting such data shortly after the Great Depression.

The stakes grow too, economically and politically. This summer’s unemployment numbers will fall on the runway to the midterm Congressional elections loom this fall, with incumbents feeling particularly precarious.

The Obama administration has put much political currency into its effort to grow the economy, and most to the point, jobs. Only a month ago, after an April jobs report that showed employers added 290,000 jobs — a number revised Friday to 313,000 — President Obama declared the numbers “particularly heartening.”

And just two weeks ago, Vice President Joseph R. Biden Jr. christened this “Recovery Summer,” with an emphasis on the jobs created by the administration’s $787 billion economic stimulus measure passed in February 2009. In fact, reports have found that millions of jobs were saved or created by the stimulus, but those numbers have been enough, at most, to tamp down the highest peaks of unemployment.

And it is not clear that even this can be sustained.

Many see consumers tapped out, states readying plans to lay off tens of thousands, and now a declining stock market, and they wonder where the economy will derive the fuel for a robust takeoff.

The underlying narrative remains fairly grim, as there are nearly five unemployed people for every job opening, and nearly half of those have been out of work for at least six months. And 3.2 million workers are about to lose their unemployment benefits. “If this should occur,” Joshua Shapiro, an economist, noted Thursday, it “would obviously not be a sign of economic strength.”