– Now That Is One SERIOUSLY Hyperbolic Alert On CNBC Business Insider (CNBC):

“FATE OF FREE WORLD HANGS ON VOTE IN GERMAN PARLIAMENT.”

– How the crooked bailout was passed by Congress:

– Rep. Michael Burgess: “We Are Under Martial Law”: 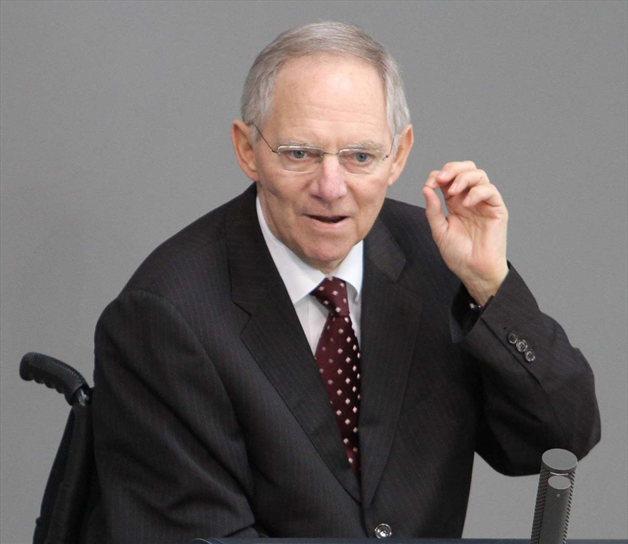 May 21 (Bloomberg) — German lawmakers approved their country’s share of a $1 trillion euro-region bailout in a vote today, allaying market concern that they would balk at approving a second emergency aid package in as many weeks.

The lower house of parliament voted 319 to 73 in favor of contributing as much as 148 billion euros ($186 billion) to indebted European states to backstop the euro; 195 lawmakers abstained. The upper house, or Bundesrat, also passed the measure, sending it on to President Horst Koehler for signature.

“Every other alternative is much worse and much more dangerous, so we have to do this,” Finance Minister Wolfgang Schaeuble told the lower house, or Bundestag, in Berlin before the vote. “We’re not doing this for others, we’re doing it for ourselves and for future generations.”

The vote came before European finance ministers were meeting for the fifth time in as many weeks as they struggle to forge a united front to the debt crisis triggered by Greece. Today in Brussels, the officials will discuss proposals to better coordinate national budgets and may address unilateral German limits on government bond trading.

Two weeks ago lawmakers backed loans for Greece, a decision Chancellor Angela Merkel cited for an election setback two days later in Germany’s most populous state. She has since stepped up her calls for regulation to stem Europe’s debt crisis and forbid some types of short-selling this week, unsettling markets and depressing the euro.

The day the trading curbs took effect the euro sank to its lowest since 2006. The single currency has lost 13 percent against the dollar this year. The euro climbed 0.6 percent to 1.2559 at 5:37 p.m. in Berlin.

“We shouldn’t be too relieved,” Marco Annunziata, chief economist at UniCredit SpA, said in a telephone interview from London. “The markets have moved to other concerns. Those concerns seem to be centered on the uncoordinated, disjointed momentum toward new regulation,” sparked by the German short- selling ban.

The crisis is taking a toll on Merkel’s popularity, which has declined as Germans expressed concern about the economy, according to an FG Wahlen poll for ZDF television released today. Merkel scored a 1.3 approval rating on a scale of plus 5 to minus 5, compared with 1.8 last month, in the May 18-20 survey of 1,260 potential voters.

The 750 billion-euro support package is being assembled from 500 billion euros in contributions from states in the euro area and another 250 billion from the International Monetary Fund.

The opposition Social Democrats abstained from the vote after failing to secure a government commitment to pursue a financial transaction tax in return for their backing. The legislation cleared the lower house by only seven votes after Merkel lost the support of the Green Party, which supported the Greek measure two weeks ago. They said Merkel hadn’t been transparent about the package.

President Koehler will receive the legislation immediately on his return to Berlin around 10 p.m. local time for signing after a trip to China and Afghanistan, according to a presidential spokesman.

While Merkel lost a majority in Berlin’s upper house in the May 9 state election in North Rhine-Westphalia, the changes don’t take effect until a new regional government is formed. Until then, she controls the upper house, where Germany’s 16 states are represented.

European Union finance chiefs are considering proposals for tougher and speedier penalties for violators of budget rules and stricter monitoring of high-debt countries.

Merkel said on May 19 that Germany will push for faster budget cuts and a process for orderly insolvency of euro-area states at today’s meeting.

Her isolation on the trading limits this week prompted renewed commitments to seek consensus on economic policies and financial regulation.

Merkel issued a statement late yesterday that she and French President Nicolas Sarkozy agreed in a phone conversation to work “closely together.” They said they would prepare jointly for a June 17 European Union summit and for the subsequent Group of 20 gathering in Canada.

Merkel this week warned lawmakers to consider the gravity of the fallout of the single currency.

“The euro, which along with the common market is the foundation for growth and prosperity for Germany as well, is at risk,” she said, warning of “incalculable” global consequences if the measure didn’t pass.

A lawmaker from the Bavarian wing of Merkel’s Christian Democrats, Peter Gauweiler, posted a legal challenge to the legislation with Germany’s Federal Constitutional Court, seeking to stop it from becoming law. Gauweiler said the bailout contravenes European Union law by creating a “transfer union,” according to a statement posted on his website.