A striking new image released by NASA today shows a massive column of oil extending out Southeast towards the open ocean.

This column has not been visible in any satellite photos taken so far and will change the estimated extent of the Gulf of Mexico oil spill disaster. 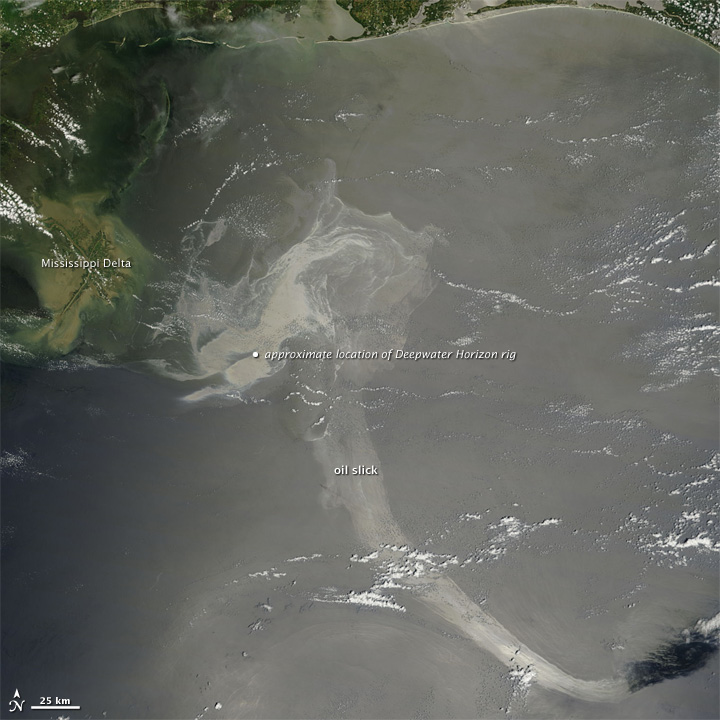