Arizona could cut off electricity supplies to Los Angeles in protest at an economic boycott over the state’s controversial immigration law. 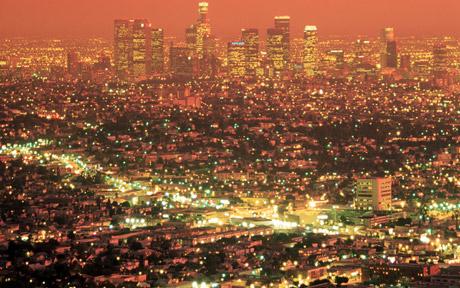 Los Angeles receives about 25 per cent of its power from Arizona, meaning a quarter of America’s second largest city could be plunged into darkness.

Politicians in the city voted last week to impose a boycott on Arizona which will affect about $8 million (£5.3 million) worth of contracts with the state. City officials will also stop travelling to Arizona.

In response an Arizona utility commissioner raised the prospect of the state’s utility companies cutting Los Angeles off.

In a letter to the city Arizona Corporation Commission member Gary Pierce said: “If an economic boycott is truly what you desire, I will be happy to encourage Arizona utilities to renegotiate your power agreements so Los Angeles no longer receives any power from Arizona-based generation.

“I am confident that Arizona’s utilities would be happy to take those electrons off your hands.

“If, however, you find that the City Council lacks the strength of its convictions to turn off the lights in Los Angeles and boycott Arizona power, please reconsider the wisdom of attempting to harm Arizona’s economy.” Mr Pierce said if Los Angeles was “serious” about its boycott and not just “posturing” then it would have to consider supplying its own power.

The electricity comes from coal-fired power plants in northern Arizona, a nuclear power plant outside Phoenix, and two hydroelectric plants on the Colorado River.

A statement issued on behalf of Los Angeles mayor Antonio Villaraigosa said: “The mayor stands strongly behind the city council and he will not respond to threats from the state that has isolated itself from an America that values freedom, liberty and basic civil rights.” Mr Villaraigosa was in Washington for a meeting between President Barack Obama and Mexican President Felipe Calderon, which was overshadowed by the Arizona law.

At a press conference President Obama stepped up his criticism of the law, calling it “misdirected” and warning that it has the potential to be applied in a discriminatory fashion.

He said the law, which makes it a crime under state law to be in the US illegally, came about because of “frustration over our broken immigration system.” President Calderon said it criminalised migration. He has already issued a travel warning for Mexicans travelling to Arizona.

He called for the US and Mexico to work together to solve the immigration issue.

“In the United States of America, no law-abiding person – be they an American citizen, a legal immigrant, or a visitor or tourist from Mexico – should ever be subject to suspicion simply because of what they look like,” he said.

President Calderon said: “We can do so if we create a safer border, a border that will unite us instead of dividing us, uniting our people. We can do so with a community that will promote a dignified life in an orderly way for both our countries.” Almost twice as many Americans support the Arizona law as those who oppose it, according to a recent poll.

He added that many immigrant workers “live in the shadows, and at times, as in Arizona, confront patterns of discrimination.”