And there is nothing wrong about that. 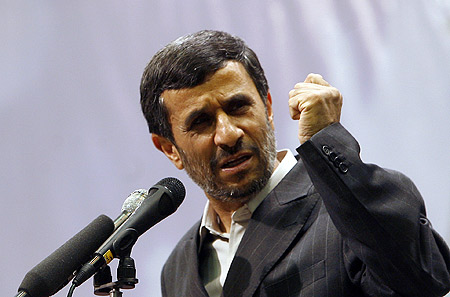 Iran is buying an ultra-sophisticated missile system from Russia to protect its nuclear sites.

The S-300’s surface-to-air rockets can hit many targets at once, including in-coming cruise missiles, making any Western or Israeli strike on Iran much more difficult.

News of the multi-billion pound deal with Moscow has caused fury and fear among Western powers as they desperately try to stop the country developing nuclear weapons.

An intelligence source told The Mirror: “In the game of bluff and counter-bluff this is bad news for Israel and the West.

“The new missile system will hugely empower Tehran which already has a fairly inflated view of its military and defence capability.

The S-300, which Iran has been trying to buy since 2005, can hit a target at 100 miles and will be delivered to them within months.

It is a massive blow to Israeli defence chiefs who fear Iran’s president Mahmoud Ahmadinejad, below, is building up a nuclear capability to attack them.

Pentagon chiefs have already written up a detailed plan to strike as many as 100 targets if they have to destroy Tehran’s nuclear installations.