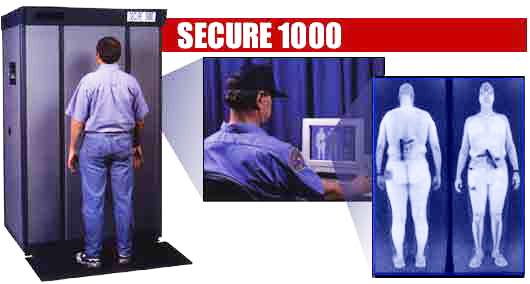 The government has been forcing prisoners, the majority of whom are Blacks and Hispanics, to be subject of these types of inhumane experiments for years. They recall the Tuskegee experiments, where 400 Black men were allowed to suffer with syphilis for 40 years so that doctors could study the disease. Also, Dr. Albert Kilgman, at Holmesburg Prison near Philadelphia, under the direction of major pharmaceutical companies like Merck and Dupont, exposed Black prisoners to herpes, gonorrhea, malaria, dysentery and even athlete’s foot from the 1950s to the 1970s.

In 1952 over 300 Black inmates at an Ohio state prison were injected with live cancer cells so that doctors at the Sloan-Kettering Institute could study the effects. In these cases the research subjects’ rights were violated because either they were not told that they were participating in an experiment or the government knew the experiments had no therapeutic value, or both.

Other cases include Heinrich v. Sthemet, 62 F.Supp.2d 282(D.Mass. 1999) (government utilized false pretenses to lure plaintiffs into participating in radiation experiments which the government knew had no therapeutic value); Stadt v. Univ. of Rochester, 921 F.Supp. 1023 (W.D.N.Y. 1996) (plaintiff, who thought she was receiving medical treatment for scleroderma, was injected with plutonium without her knowledge or consent as part of a U.S. Army study); In re Cincinnati Radiation Litig., 874 F.Supp. 796 (S.D. Ohio 1995) (plaintiffs were not informed that the radiation they were receiving from the Department of Defense was part of a military experiment rather than treatment of their cancer).

In Allen v. United States, 588 F.Supp. 247, 399 (D. Ut. 1984), the court held that it is becoming established that shortening of life span is a general effect of whole body exposure to ionizing radiation. Experiments have also shown a similar reduction may be caused by irradiation of substantial portions of the body from ingestion of radioactive materials.

In all of those cases, both the state and federal government had told the subjects that they experimented on that the radiation levels were harmless – only for the victims to learn later that they were in fact not harmless, but deadly!

It has also been reported that these whole body Rapiscan scanners have been malfunctioning. They have caused electrical shocks as in the case of Carrie Milton v. Rapiscan, 2005 U.S. Dist. Lexis 11574(E.D. La.). An airport security screener was severely shocked and suffered permanent injury to her hand operating one of these Rapiscans.

Independent tests on Rapiscan devices have also shown that the EEPROM chips, which are used to calibrate the radiation levels of the whole body scanners, have repeatedly malfunctioned, resulting in greater radiation exposure than Rapiscan reports on its own websites. Some prisoners have experienced blurriness of vision, headaches and groin pains after being subjected to these whole body radiation scans. Many of these prisoners have been Rapiscanned up to three times in a single day, even though they never left the institution or had any contact with anyone outside the institution.

In the 1960s and ’70s the Bureau of Prisons forced inmates – mostly Black and Hispanic prisoners – to submit to radiation exposure to their testes in order to study the effects. See the case of Bibea v. Pacific Norththemst Research, 980 F. Supp. 349(D.Or. 1997); See also, Clay v. Martin, 509 F.2d 109(2d. Cir. 1974) (“The court reversed the decision that dismissed … prisoner’s complaint against defendants, federal government and prison officials, holding that it was against public policy to dismiss the complaint on pleading technicalities because the action involved experimentation on humans.”)

Other experiments include testing psychotropic narcotics on inmates who have not been prescribed them just to see their effects, such as in the recent case of Walker v. Hastings, 2009 U.S. Dist. Lexis 80924, Case No. 09-CV-074-ART(E.D. KY). Walker was diagnosed with H Pylori, a bacterium that can infect one’s stomach or intestines, but was given Zyprexa, a psychotropic narcotic on at least nine different occasions by a prison pharmacist at USP Big Sandy seeking to test the effects of the medications for pharmaceutical companies.

If this is a legitimate security concern and not for the mere use of inmates as test subjects for private interests of companies like Rapiscan Corp., then ask the Obama administration, Eric Holder and Department of Justice officials why are they threatening inmates and charging them with disciplinary infractions for disobeying unlawful orders to submit to these radiation experiments, even when they are willing to submit to an ordinary strip search?

The inmates have only refused to be exposed to harmful amounts of radiation and not to be the subject of a human radiation experiment, but they never disobeyed any lawful orders. Yet on March 1, the warden at USP Big Sandy imposed a lockdown that is expected to last at least two months.

The lockdown is clearly in retaliation against Black prisoners for exercising their First Amendment rights to petition the government for redress of grievances. Since this prison has been open, no lockdown has lasted more than 21 days – not even when there were repeated back-to-back murders.

But when all the inmates have found common ground for unifying lawfully, the federal white overseers have deemed this to be a threat to the order, security and discipline of the institution.

This warden finds it a serious security threat when all of the different factions of inmates decide not to focus on killing one another but on coming together in peaceful, lawful challenges to tyrants’ abuse of power in total, reckless disregard of our basic human rights and bodily integrity. Even the skinheads, Aryan Brotherhood and American Born whites came to an agreement with Blacks not to be subject to these human radiation experiments.

To my knowledge, there were no threats of violence, there were no assaults and there were no mass demonstrations – just individuals refusing to be the government’s test dummy for this Rapiscan x-ray product being illegally used on us in violation of the Code of Federal Regulations. But if we had ganged up on an inmate, no such lockdown would’ve occurred for more than a couple of days to a week. Imagine that!