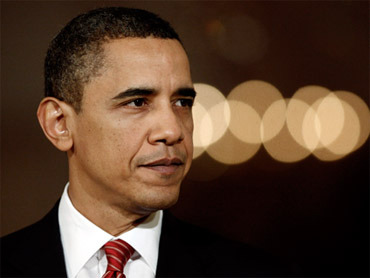 More change we can believe in!

(NaturalNews) Today the medical mafia struck another devastating blow to the health and freedom of all Americans. With the support of an inarguably corrupt Congress that has simply abandoned the real needs of the American people, the sick-care industry has locked in a high-profit scheme of disease and monopoly-priced pharmaceuticals in a nation that can ill afford either one.

And this Pharma-funded betrayal, it turns out, was led by the Democrats. Passed on a 219-212 vote that was only accomplished thanks to closed-door, last-minute secret meetings among the last holdouts, this new legislation puts America under the stranglehold of the medical mafia while doing absolutely nothing to address real health care reform. There is no mention in the bill, for example, of vitamin D for preventing cancer, or orthomolecular medicine for preventing degenerative disease. There’s not even a word about protecting health freedom or ending the century of oppression that has been waged against naturopathic practitioners by the AMA, FDA and FTC.

The new legislation does, however, lock in billions of dollars in monopoly profits for the pharmaceutical companies — the same companies who spent millions of dollars pushing for its passage and who depend on the continuation of sickness and disease for their future profits.

There’s only one problem with this health care reform bill: It doesn’t reform health care. It has almost nothing to do with health care at all, in fact: It’s really more of an effort to expand a broken sick-care system. When faced with the problem that our sick-care system doesn’t work, Congress somehow decided that fixing the problem merely involved expanding the failures to include everyone!

And you don’t even get a choice in the matter, either. All Americans are now required to pay into a sick-care system of monopolized, pharmaceutical medicine even if they reject that failed system of medicine. So the healthy people who actually take responsibility for their health are financially penalized and forced to subsidize profits for drug companies!

I love America. Or, more accurately, I love what America is supposed to stand for: Freedom, opportunity, abundance, free choice, diversity…

But I’m increasingly noticing that America’s leaders don’t believe in those ideals at all. They are betraying the American people by selling out our futures to the corporate monopolists. They are turning America into a corporatocracy, and the passage of this monopoly sick-care system is yet another perfect example of just how easily our own lawmakers will sell out the People just to appease the powerful chemical industrialists who dominate medicine today.

They have sold out our futures to keep themselves in power, and isn’t that the worst kind of betrayal of all? People’s live are on the line here. While people like myself and many other health freedom champions are fighting for health freedom and an end to human suffering among our fellow brothers and sisters, we’ve got our national leaders essentially aiming the artillery at our own people and yelling “Fire!” Through their actions with this health care reform bill, they are forcing people into circumstances that are going to cost countless lives and many trillions of dollars in wasted expenditures and lost economic productivity.

Our Congress has betrayed us (yet again). I believe that with perhaps the exception of Rep. Ron Paul, every single Senator and House Representative should be thrown out of office at the next election, stripped of their power and sent home to face their home-district families that they have now doomed to a lifetime of sickness, disease and pharmaceutical toxicity. Our national leaders claim to be voting on Health Care but what they really delivered was Hell Care, because dying of cancer while on chemotherapy while no doctor can legally tell you that vitamin D prevents 4 out of 5 cancers is, indeed, a living hell (or dying hell, in this case).

And speaking of Hell, the dark energies that have been provoked and called upon in this battle for pharmaceutical dominance over the “disease management” of the American population almost seems downright demonic, as if some evil power from other world had been summoned into Washington D.C. to ensure the passage of this legislation that practically guarantees another generation of pain and suffering at the hands of conventional medicine.

All the health solutions that really work — nutritional medicine, orthomolecular therapies, chiropractic medicine, Traditional Chinese Medicine and so on — have been locked out of the system while those therapies that promote a lifetime of disease have been locked in. And in this way, our Congress has now made certain that America as we know it today will not survive another generation — because no nation can achieve greatness when its people are drowning in toxic chemicals and degenerative disease.

We’ve got to save the America we love

America doesn’t need more drugs, more chemotherapy, more mammograms, more vaccines and more nutritionally-ignorant doctors pushing more poison pills onto more uninformed patients. What this country needs is a grassroots health revolution that throws out the broken, failed system of pharma-medicine that doesn’t work and replaces it with a new system of healing, nutrition, patient education and personal health responsibility that would slash our health care costs and set our nation on a new path of health and prosperity.

This goal can never be accomplished when the people writing our laws are determined to protect the financial interests of the very industry that depends on sickness and disease for its profits. When it came down to a choice between the People and the corporations, our U.S. Congress chose the corporations!

I love America, and I’d love to see its health restored. But more importantly, I would love to see the American people rise up against their betrayers in Washington, peacefully sweep them out of office at the next election and make a real effort to restore the rights and freedoms that are outlined in the United States Constitution — a document that seems to have been written off by the Washington jackals who, themselves, are suffering from degenerative mental disorders and psychotropic drug side effects.

Watch my video to see more commentary on why our current health insurance system doesn’t work and why I don’t even carry health insurance: http://www.youtube.com/watch?v=DWuX…

Sources for this story include:
http://news.yahoo.com/s/ap/us_healt…