The ultimate liar is an elite financier.

George Soros doubled his investment in the world’s largest gold fund – just weeks before claiming investing in the precious metal is now the “ultimate bubble”. 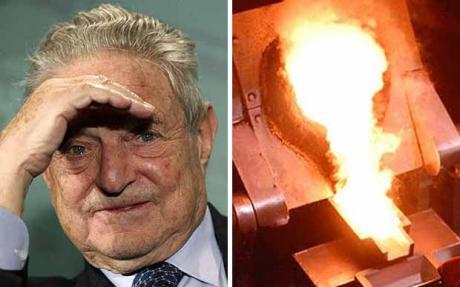 Mr Soros – a legend in investing circles for his $10bn (£6.37bn) bet against the pound in 1992 which forced sterling out of the European exchange rate mechanism – increased his stake in the SPDR Gold Trust in the last quarter of 2009.

The new shares were bought at a price of $421m, taking his total holding in the fund to $663m at the end of December.

Soros Fund Management also increased its stake in Canadian-based gold producer Yamana Gold, buying 60,880 shares to take its total position to 85,880 shares, worth $973,314 at the end of December.

However, the actions of the Mr Soros’s investment fund however seem to be at odds with his own viewpoint. During the World Economic Forum in Davos in late January, Mr Soros said: “When interest rates are low we have conditions for asset bubbles to develop, and they are developing at the moment. The ultimate asset bubble is gold.”

Mr Soros is not alone in increasing his stake in the SPDR, with new filings also showing that China Investment Corporation (CIC), Beijing’s main overseas investment fund, taking a 0.4pc stake in the fund worth $155.6m.

CIC’s investment is equivalent to just 0.4pc of the 33.9m ounces of gold maintained by the Chinese government, but is part of a growing trend of major funds investing in the metal.

Aram Shishmanian, the council’s chief executive, told Reuters that although the organisation does not forecast prices, he believes the gold market will be “robust’ in 2010 in spite of an 11pc global drop in demand last year because of weaker industrial output.

2 thoughts on “George Soros not only doubled his gold investment, but also bought call options”