Feb. 1 (Bloomberg) — President Barack Obama’s $3.8 trillion fiscal 2011 budget puts an emphasis on job creation with $100 billion in additional stimulus spending, along with higher taxes for the wealthy in an attempt to narrow the deficit.

This is just the beginning of the coming ‘Obamatax’ increases.

The US is totally broke: 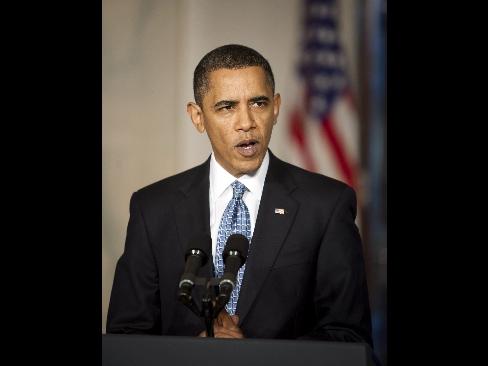 Feb. 1 (Bloomberg) — The Obama administration proposed to increase taxes on Americans earning more than $200,000 by close to $970 billion over the next decade and take in an additional $400 billion from businesses even as it retooled a proposed crackdown on international tax-avoidance techniques.

The new budget released today would reinstate 10-year-old income tax rates of 36 percent and 39.6 percent for single Americans earning more than $200,000 and joint filers who make more than $250,000 as part of a broad $1.9 trillion tax increase proposal. It proposes to eliminate preferences for oil and gas companies, life-insurance products, executives of investment partnerships, and U.S.-based companies that operate overseas.

“The administration proposes to restore balance to the tax code by providing tax cuts to working families, returning to the pre-2001 ordinary income tax rates for families making more than a quarter of a million dollars a year, closing loopholes, and eliminating subsidies to special interests,” the budget says.

In all, Obama proposed $143.4 billion in new tax cuts for individuals who earn under $200,000. While the budget sets out $93.5 billion in gross tax reductions for businesses, overall they would face a net tax increase.

The biggest change would delete a proposal to abolish “check-the-box” rules, which allow companies to legally disregard foreign subsidiaries in tax havens when they file corporate tax returns. It also scales back a proposal to restrict the ability of companies to defer U.S. taxes on their foreign profits.

In place of the check-the-box rules, the administration proposed $15.5 billion in new taxes. These would make it harder for companies to reduce taxes by inflating expenses using transactions between subsidiaries, a technique known as “transfer pricing.”

The proposals are part of a broader package of international tax changes the budget estimates will generate about $122.2 billion over a decade.

The new proposal takes aim at the transfer of licenses, patents, trademarks, and other intangible property to subsidiaries in tax havens. Two administration officials said they made this change after weighing input from businesses and concluding targeting transfer pricing and foreign tax credit abuses would be more effective than last year’s proposals.

A fee imposed on 50 of the biggest financial firms such as New York-based JPMorgan Chase & Co. and Charlotte, North Carolina-based Bank of America Corp. would raise another $90 billion. Eliminating tax breaks for fossil-fuel industries would produce another $40 billion.

The budget’s tax proposals otherwise are little changed from last year. For businesses, the administration calls for a permanent extension of a credit for research and for a $33 billion credit for small businesses that hire workers. It seeks renewal of a temporary tax incentive worth $38 billion for companies to buy equipment by offering a 50 percent write-off rather than slower depreciation over time.

For individuals, the budget allows lower tax rates established under President George W. Bush for Americans in the top two brackets to revert to 36 percent and 39.6 percent, from 33 percent and 35 percent currently. Capital-gains and dividend tax rates would increase to 20 percent for people earning more than $250,000.

Obama asked Congress to extend all of Bush’s tax cuts that apply to Americans earning under $250,000. He also proposes almost doubling a tax credit that helps Americans pay for child care and increasing federal subsidies for Individual Retirement Accounts.

The budget assumes the federal estate tax, which expired Jan. 1 and was replaced with a capital-gains tax, will be reinstated retroactively with a 45 percent rate applied when married couples’ estates exceed $7 million.

Obama’s budget assumes Congress will continue to index the alternative minimum tax for inflation. The minimum tax can impose higher rates on families earning between $75,000 and $500,000 when their deductions are too high relative to their income. It originally was intended to affect only millionaires and is now ensnaring people with lower incomes because it was never indexed for inflation.

The plan also proposes to require general partners at private-equity firms and other investment partnerships such as venture-capital firms and hedge funds to pay ordinary income-tax rates on their compensatory share of profits called “carried interest,” which currently qualifies for the 15 percent capital-gains treatment. That proposal would raise $24 billion.

The budget also urges repeal of a law requiring workers to pay taxes when they use employer-provided cell phones and similar equipment for personal reasons.

In addition, the budget revives a proposal from last year that would limit the value of itemized deductions for gifts to charities, investment expenses, and mortgage interest, among other items.

It also resurrects taxes on businesses, including the elimination of $36.5 billion in tax preferences for the oil, gas and coal industries.

More broadly, the budget again proposes to repeal an accounting method known as “last-in, first-out” that benefits oil companies, retailers, textile makers, consumer-products companies and others that keep a lot of inventory in inflationary environments. That repeal would generate $59 billion over the decade.

Other proposals included in both the new budget and last year’s request include new levies on securities dealers, life- insurance products, and the elimination of certain techniques that allow the wealthy to use trusts to dodge estate taxes.

To contact the reporter on this story: Ryan J. Donmoyer in Washington at rdonmoyer@bloomberg.net