That is called real change. ‘War is Peace.’ 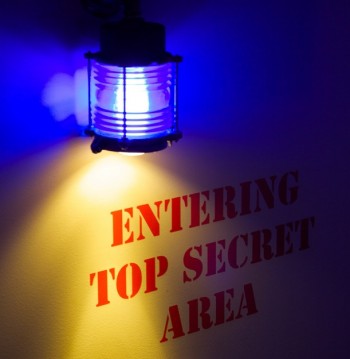 The Defense Department just released its king-sized, $708 billion budget for the next fiscal year. Much of the proposed spending is fairly detailed – noting exactly how many helicopters the Pentagon plans to buy and how many troops it plans on playing. But about $56 billion goes simply to “classified programs,” or to projects known only by their code names, like “Chalk Eagle” and “Link Plumeria.” That’s the Pentagon’s black budget.

Cobbling together this round figure for the military’s hush-hush projects is easier than it seems. The Pentagon’s separate ledgers for operations, research and procurement all contain line items for “classified programs.” Add those to the nonsensically-named programs, and you’ve got yourself an estimate for the Pentagon’s secretive efforts.

Last year, that budget grew to more than $50 billion – “the largest-ever sum,” according to Aviation Week‘s Bill Sweetman, a longtime black-budget seer. A few more billion were added for wartime operations, for a total of $54 billion. This year’total would be $2 billion higher, a 3.7 percent increase.

Not all of the Pentagon’s secret projects got a budget boost, however. Funds for the Cobra Judy missile-watching radar system were cut nearly in half, from $61 million to $36.5 million. Similar, money for the Navy’s Link Evergreen project was cut to $41 million, from $123 million.