Rep. Alan Grayson argues in support of the Paul-Grayson amendment, which would subject the Federal Reserve to a complete audit. 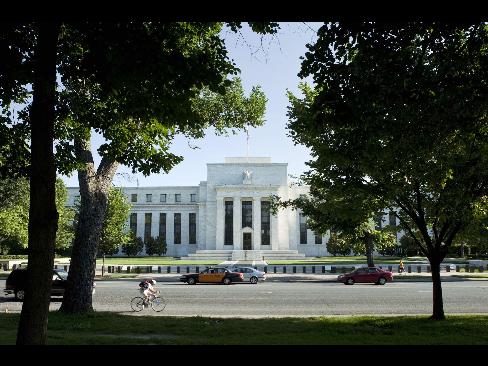 The approval came as the House Financial Services Committee concluded weeks of debate on a sweeping financial-overhaul bill to create a new council of regulators to wind down large institutions that pose a risk to the economy. A final committee vote on the bill will be postponed until after Thanksgiving.

Mr. Paul’s amendment removes restrictions on the Government Accountability Office’s auditing authority, giving auditors access to every item on the Fed’s balance sheet. He for more than 20 years has championed significantly neutering the Fed.
Journal Community

Meanwhile, Committee Chairman Barney Frank (D, Mass.) said he wants to work with members of the Congressional Black Caucus over the Thanksgiving break before a final committee vote to resolve their concerns about the economic situation for their constituents. “The issues are being addressed are not internal to this bill but affect the broader economic situation,” Mr. Frank said.

The proposal to deal with systemic risks is a critical part of the administration’s financial plan. It also may be the most difficult because of the competing agendas of regulators and policy makers’ desire to use a deft touch with still-shaky financial institutions.

The new regulatory council would be headed by the Treasury secretary (The former head of the New York Fed!). Also having votes would be the federal banking regulators, the Securities and Exchange Commission, the Commodity Futures Trading Commission, the Federal Housing Finance Agency, and the National Credit Union Administration.

Committee members grappled with difficult issues in the weekslong consideration of the bill. They voted 41-28 on an amendment allowing the Federal Deposit Insurance Corp. to establish a special pool of funding to help dissolve large, troubled institutions.

Money for the fund would be collected through risk-based assessments on firms holding assets of $50 billion or more. Regulators would have the authority to assess payments on hedge funds with $10 billion or more in assets.

The dissolution fund would be capped at $200 billion.

Earlier, the committee narrowly approved an amendment allowing the government to break up large, risky firms. Under that language, the council can determine whether the size, concentration or interconnectedness of an individual firm “poses a grave threat to the United States.” If the council reaches that conclusion, a company could face limits on its business practices, or be required to sell or divest business units.

How to deal with large, financial firms is a core question for policy makers hoping to address the problems exposed during last year’s financial crisis. The structure envisioned by the administration and many congressional Democrats would allow the government new latitude to deal with large financial firms that run into trouble. The House bill would allow the government to act preemptively before a firm falters.

The overall measure is expected to be debated by the full House sometime in December. It could be combined with other rewrites of financial regulations that have passed the committee in recent weeks.

Write to Fawn Johnson at fawn.johnson@dowjones.com and Sarah N. Lynch at sarah.lynch@dowjones.com