Britain’s banksters and their bonuses have been momentarily saved, but the taxpayer has been looted like there will be no tomorrow.

The UK is broke and the pound sterling will soon go through a real currency crisis, thanks to the spend the UK into oblivion team Brown/Darling and to the printing press King of the Bank of England.

Britain is at growing risk of a “public debt spiral” unless the Government takes “drastic” action to cut the deficit, according to the OECD, world’s leading economic institution. 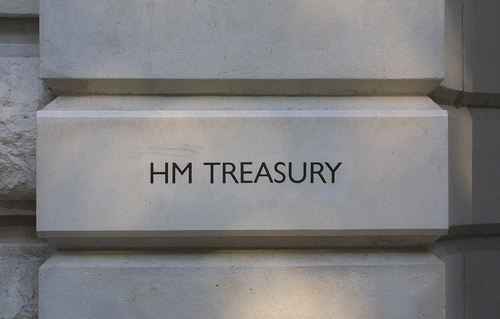 Britain faces having the biggest deficit in the developed world until 2017.

The Organisation for Economic Co-operation and Development said that even if Britain reduces its deficit in line with other leading nations, it will still have the rich world’s biggest deficit from now until 2017 and potentially beyond, casting serious doubt on its economic credibility.

The warning coincided with shock public finance statistics showing that public borrowing in October was 88 times what it was in the same month last year, making it likely that the Chancellor will miss his £175bn borrowing forecast this year.

The double blow is acutely embarrassing for Downing Street, coming ahead of next month’s pre-Budget report and only 24 hours after it pledged to create a Bill to halve the deficit within four years and to reduce debt every year for the coming decade.

In fact, the OECD predicted in its annual Economic Outlook, Britain’s deficit was likely to be even higher next year than this year, at 13.3pc, raising the prospect that the Government could break its own law in its very first year.

Britain’s deficit will remain higher than any other major country, including even Iceland and Ireland, unless the Government takes far more drastic action to repair it, said the OECD’s acting chief economist Jørgen Elmeskov.

“Halving the deficit would be a start, but since the UK is starting out from a deficit which is in double figures, one should go further still,” he said. “The concern is that there could be a cost spiral – where debt increases, hitting confidence in the market, which pushes up interest rates, and this leads to even higher deficits.”

The prospect of interest payments on Britain’s rapidly growing debt rising to 12pc of tax revenues has already prompted Standard & Poor’s to issue a warning about the security of the UK’s credit rating.

The OECD said that it expected the total gross debt levels owed by the British Government to rise from below 50pc of GDP in 2007 to 120pc of GDP by 2017. This would be higher than any other G7 economy apart from Japan, whose gross debt would reach an unprecedented 223pc of GDP.

The OECD, which predicted that growth in the rich world would recover this year at a “tepid” rate, also forecast that Britain’s economy would grow by 1.2pc in 2010, having contracted by 4.7pc this year.

Its UK debt warning came as the Office for National Statistics said that public sector net borrowing in October was £11.4bn – a record for the month. The shortfall, caused by a slump in tax revenues and the increased cost of supporting the unemployed, leaves the deficit almost treble that of last year. October normally shows a surplus as corporation tax receipts arrive.

Shadow Chancellor George Osborne said: “Today is a defining moment in the debate about Britain’s debt – the moment when we see that Gordon Brown has not just lost control of the public finances but lost the economic argument about the debt crisis.