CIT is 5th largest bankruptcy in US history. 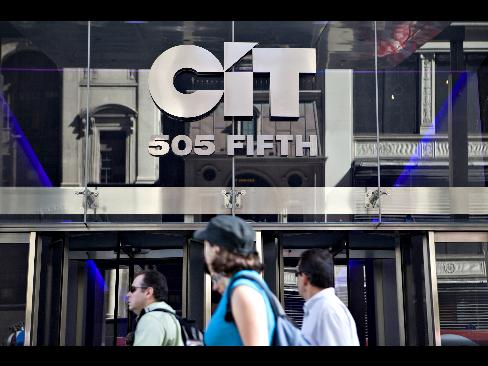 CIT’s Chapter 11 bankruptcy may give bondholders new notes at 70 cents on the dollar plus new common stock, and Chief Executive Officer Jeffrey Peek said clients will be able to get funds. Common stock owners could be mostly wiped out, and the U.S. Treasury Department said it won’t recoup much, if any, of the $2.33 billion of taxpayer money that went into CIT, the largest firm to go bankrupt after getting a federal bailout.

CIT failed to win a second government bailout in July or persuade bondholders to swap $30 billion in debt to prevent a bankruptcy filing this month. The New York-based lender posted more than $5 billion in losses in the last nine quarters. The filing is the fifth-largest U.S. bankruptcy by assets.

None of CIT’s operating subsidiaries, including Utah-based CIT Bank, were included in the filing, CIT said in a statement.

The lender funds about 1 million businesses such as Dunkin’ Brands Inc. in Canton, Massachusetts, and Eddie Bauer Holdings Inc., the bankrupt clothing chain based in Bellevue, Washington. CIT also provides financing to about 2,000 vendors supplying 300,000 U.S. retailers, according to a July statement from the National Retail Federation.

“You’ll still be able to get your lines,” said Charles, the debt analyst. CIT has created a “relatively seamless transfer of its own operations in the bankruptcy without disrupting those of its customers,” he said.

CIT’s struggles sparked concern among retail trade groups and lawmakers that customers would be left without financing while traditional banks also were cutting back credit. CIT originated $4.4 billion of new business as of June 30, less than half the $11.3 billion in the first six months of last year.

The lender’s clients “are not doomed,” said Sean Egan, president of Egan-Jones Ratings Co. “The next step for the company is going to be an assessment of whether or not they want to continue to do business in various areas. The truth is in the middle.”

Although customers may be spared, the government isn’t likely to recover its preferred stock investment.

“We will be following developments very closely with an eye toward protecting taxpayers during the bankruptcy proceeding,” Treasury spokesman Andrew Williams said in an e-mailed statement yesterday. “But as the company’s disclosure on the prepackaged bankruptcy makes clear, with debt holders receiving less than face value of their instruments, recovery to preferred and common equity holders will be minimal.”

Current common shareholders would own just 2.5 percent of the reorganized company under a scenario outlined by CIT in an Oct. 2 filing. The stock has fallen 83 percent since Dec. 23, when CIT secured preliminary U.S. approval to get money from the Troubled Asset Relief Program. Last week, the shares still fetched more than $1 apiece in New York Stock Exchange composite trading on speculation that a CIT rescue would leave some value, and they closed on Oct. 30 at 72 cents.

CIT won approval from the Federal Reserve on Dec. 22, 2008, to transform itself into a bank holding company, a move that allowed the commercial lender to accept the Treasury investment.

The bankruptcy filing, and the probable loss to shareholders, “highlights the folly of a legislative proposal that makes the Federal Reserve the unchallenged arbiter of systemic risk, capital adequacy, and financial stability,” Representative Spencer Bachus, senior Republican on the House Financial Services Committee, said in a statement.

The House panel is considering a measure introduced by Chairman Barney Frank, a Massachusetts Democrat, that would give the Fed the most power on a new council of regulators.

The bankruptcy came after bondholders rejected a debt swap that would have trimmed $5.7 billion of CIT’s debt. Billionaire investor Carl Icahn had earlier made a competing offer and then agreed to support CIT’s prepackaged bankruptcy after the lender agreed to certain corporate governance changes.

Debt holders rejected the exchange offer, with 90 percent of holders who voted opting for the company’s prepackaged bankruptcy plan, and the filing “will allow CIT to continue to provide funding to our small business and middle-market customers,” said Peek, 62, in a statement. Peek previously said he would step down later this year.

According to the petition, CIT’s largest unsecured claim holders were Bank of America Corp., as collateral agent for a $7.5 billion claim, and Bank of New York Mellon Corp., as a trustee for retail bonds with a claim of $3.2 billion.

The company said in its Oct. 2 outline of a prepackaged plan that CIT would give most holders new securities at 70 cents on the dollar plus new common stock, compared with the range of 70 cents to 90 cents and new preferred stock proposed in the exchange offer. CIT said it will try to emerge from bankruptcy two months from the date of its filing.

CIT is trying to move its trade and vendor financing businesses into its Salt Lake City-based banking unit after the company emerges from bankruptcy. The shift would allow CIT to use deposits to help fund loans. Still, it may be difficult for CIT to win the regulatory approvals needed, Egan said.

“Since the U.S. government is going to have to write down a big portion of a $2.3 billion preferred investment, I can’t imagine they’re going to be on the fast track for any regulatory approvals,” Egan said. “They’re persona non grata as far as the federal banking regulators are concerned.”

To contact the reporter on this story: Linda Shen in New York at lshen21@bloomberg.net