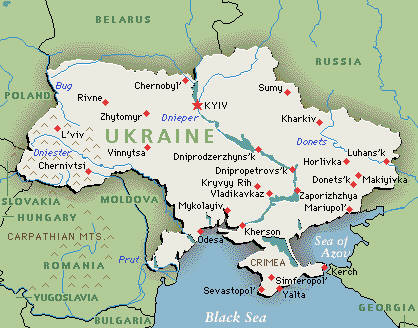 As the world enters the H1N1 Swine Flu Pandemic season, another possible virus emerges as 30 people in the Eastern European country of Ukraine have died from this latest flu.

Each country is dealing with their own cases of the H1N1 Swine Flu and many have even taken the vaccination but is H1N1 the only flu out there? A viral infection in Ukraine has taken the lives of 30 people and at first it seemed like an ordinary flu but after a week the symptoms became worse.

Radio Netherlands Worldwide reports 40,000 Ukrainians have contracted the disease and at least 100 are in the hospital. Tests are currently being conducted and all is known is that it is not the H1N1 Swine Flu. A large number of schools and childcare facilities are being shut down, especially in the city of Lvov.

Also, government agencies are handing out surgical masks and gloves to people in the western part of Ukraine.

However, Russia Today is reporting that it is A/H1N1 or Californian Flu and the total number of deaths is closer to 40. Prime Minister Timoshenko stated, “Express-tests cannot provide a hundred percent verification of the virus, they give only 50% accuracy.

That’s why blood probes of those who died were sent to special laboratories for further testing. And only this morning it was confirmed that at least 11 deaths were caused by the A/H1N1 virus.”

The Ukrainian government is calling for international aid to help fight their epidemic and President Yushchenko believes the country needs more than $6 million to battle the epidemic(s).

Wolne Media have also reported that the symptoms have been diagnosed as pneumonia. Furthermore, four patients in the hospital in Lviv Oblast have been confirmed to have “very severe pneumonia” after contracting the influenza.