The coming US dollar crisis will be created in order to push through with the New World Order:

– Global banking body may be needed – FSA:
“LONDON (Reuters) – A global body with legal powers may be needed over time to enforce the world’s new financial rules, the Financial Services Authority (FSA) said on Wednesday.”

“Formerly known as the Financial Stability Forum, the FSB was expanded in April to include central bankers and finance ministry and regulatory officials from all Group of 20 (G20) countries.”

‘Problem’: In this case the coming US dollar crisis.

‘Reaction’: In this case a public outcry for stability and security.

Always the ‘Solution’: The New World Order. In this case the ‘New World Financial Order’ 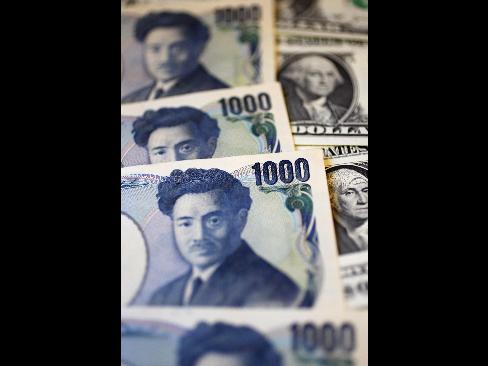 1000 yen notes are arranged on top of U.S. one dollar notes in New York, in this file photo. Photographer: Andrew Harrer/Bloomberg

Oct. 15 (Bloomberg) — The dollar may drop to 50 yen next year and eventually lose its role as the global reserve currency, Sumitomo Mitsui Banking Corp.’s chief strategist said, citing trading patterns and a likely double dip in the U.S. economy.

“The U.S. economy will deteriorate into 2011 as the effects of excess consumption and the financial bubble linger,” said Daisuke Uno at Sumitomo Mitsui, a unit of Japan’s third- biggest bank. “The dollar’s fall won’t stop until there’s a change to the global currency system.”

The dollar last week dropped to the lowest in almost a year against the yen as record U.S. government borrowings and interest rates near zero sapped demand for the U.S. currency. The Dollar Index, which tracks the greenback against the currencies of six major U.S. trading partners, has fallen 15 percent from its peak this year to as low as 75.211 today, the lowest since August 2008.

The gauge is about five points away from its record low in March 2008, and the dollar is 2.5 percent away from a 14-year low against the yen.

“We can no longer stop the big wave of dollar weakness,” said Uno, who correctly predicted the dollar would fall under 100 yen and the Dow Jones Industrial Average would sink below 7,000 after the bankruptcy of Lehman Brothers Holdings Inc. last year. If the U.S. currency breaks through record levels, “there will be no downside limit, and even coordinated intervention won’t work,” he said.

The greenback is heading for the trough of a super-cycle that started in August 1971, Uno said, referring to the Elliot Wave theory, which holds that market swings follow a predictable five-stage pattern of three steps forward, two steps back.

The dollar is now at wave five of the 40-year cycle, Uno said. It dropped to 92 yen during wave one that ended in March 1973. The dollar will target 50 yen during the current wave, based on multiplying 92 with 0.764, a number in the Fibonacci sequence, and subtracting from the 123.17 yen level seen in the second quarter of 2007, according to Uno.

The Elliot Wave was developed by accountant Ralph Nelson Elliott during the Great Depression. Wave sizes are often related by a series of numbers known as the Fibonacci sequence, pioneered by 13th century mathematician Leonardo Pisano, who discerned them from proportions found in nature.

Uno said after the dollar loses its reserve currency status, the U.S., Europe and Asia will form separate economic blocs. The International Monetary Fund’s special drawing rights may be used as a temporary measure, and global currency trading will shrink in the long run, he said.

To contact the reporter on this story: Shigeki Nozawa in Tokyo at snozawa1@bloomberg.net.