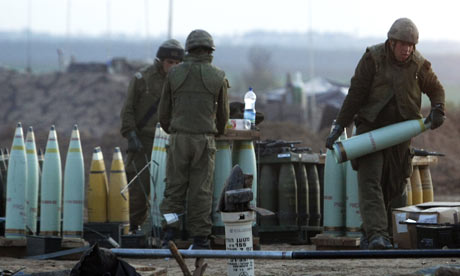 The move — which was opposed by six nations, including the United States — means Israel could find itself facing a request at the U.N. Security Council to refer the case to prosecutors at the International Criminal Court in The Hague, a move likely to be blocked by Washington.

Still, Friday’s decision could have far-reaching implications for the way the global body deals with war crimes claims, experts said.

It also accused Palestinian armed groups including Hamas, which controls Gaza, of deliberately targeting civilians and trying to spread terror through years of rocket attacks on southern Israel. 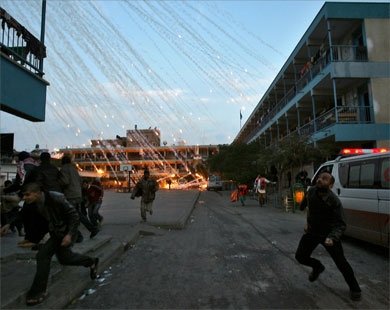 The report recommends that the 15-member Security Council require both sides in the conflict to show within six months that they are carrying out independent and impartial investigations into alleged abuses.

If they are not, the matter should be referred to prosecutors at the International Criminal Court in The Hague, Netherlands, the report says.

In order to be adopted, a U.N. Security Council resolution must get nine yes votes, and not be vetoed by a permanent member. The U.S. is likely to use its veto to block any call to get the International Criminal Court involved in the dispute over Gaza or to take action against Israel.

“Ultimately what is going to be done about the report is going to be a political decision and not a legal and procedural one,” Crane said. But he added: “In fact I think that we will see more of these, and I’m not saying that’s a bad thing.”

M. Cherif Bassiouni, a professor of Law at DePaul University College of Law in Chicago and one of the driving forces behind the creation of the International Criminal Court, said that, whatever happens to the report, the decision by the Rights Council has already set a precedent.

“If it sends the report to the Security Council, to the Secretary-General and to the General Assembly, it is sending it not for general informational purposes but for action,” he said.

Arab and African countries will likely point to any U.S. efforts to block referral to the international court as an example of double standards, since it was Western countries that referred Sudan’s President Omar al-Bashir to the International Criminal Court in March for alleged crimes against humanity and war crimes, said Bassiouni.

Israel’s foreign minister, Avigdor Lieberman, warned before the vote that it could have far-reaching consequences.

U.S. diplomat Douglas M. Griffiths told the council that Washington was disappointed with the outcome, in which the report was endorsed by a vote of 25-6. The United States and five European countries — Hungary, Italy, Netherlands, Slovakia and Ukraine _opposed the resolution, while 11 mostly European and African countries abstained. Britain, France and three other members of the 47-nation body declined to vote. Russia and China, two permanent members of the U.N. Security Council, were among those voting yes.

“We’re focused on moving forward in the peace process and we feel that this is a distraction from that,” Griffiths told The Associated Press.

In Washington, State Department spokesman Ian Kelly told reporters the resolution had “an unbalanced focus and we’re concerned that it will exacerbate polarization and divisiveness.”

Israel has said continuing focus on its actions in the Gaza conflict could derail what should be seen as the more important efforts to restart talks toward a peace deal and the establishment of a Palestinian state.

“Any action against Israel in this area is incompatible with negotiations and concessions,” said Eytan Gilboa, an expert on U.S.-Israel relations at Bar Ilan University.

Israel’s desire to push forward with the peace process is not clear. Several months ago, Israeli Prime Minister Benjamin Netanyahu, under U.S. pressure, joined his predecessors in endorsing Palestinian statehood, albeit grudgingly and with caveats. But the idea is not popular with rightist members dominant in his coalition, and efforts to coax Israel into halting all settlement construction in the West Bank have not succeeded, resulting in apparent stalemate.

Among the Palestinians, both Hamas and the rival Fatah faction that controls the West Bank welcomed Friday’s vote.

“What is important now is to translate words into deeds in order to protect our people in the future from any new aggression,” Nabil Abu Rdeneh, a spokesman for Palestinian President Mahmoud Abbas, said in Ramallah.

Riyad Mansour, the Palestinian Authority’s U.N. observer in New York, said a coordinating body comprising leaders of the main Arab, Islamic and developing nation groups at the United Nations will chart the road ahead.

“We would have liked to have more support,” Mansour said. But he added that, now that the Human Rights Council has approved the resolution, it is time to move ahead.

Associated Press Writers Mike Corder in The Hague, Aron Heller in Jerusalem, Matthew Lee in Washington, D.C., and Edith M. Lederer at the United Nations contributed to this report.