Today’s published Commons order papers contain a question to be answered by a minister later this week. The Guardian is prevented from identifying the MP who has asked the question, what the question is, which minister might answer it, or where the question is to be found.” 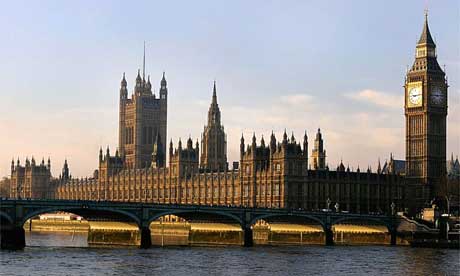 How the Guardian reported the Trafigura dumping story

The existence of a previously secret injunction against the media by oil traders Trafigura can now be revealed.

Within the past hour Trafigura’s legal firm, Carter-Ruck, has withdrawn its opposition to the Guardian reporting proceedings in parliament that revealed its existence.

Labour MP Paul Farrelly put down a question yesterday to the justice secretary, Jack Straw. It asked about the injunction obtained by “Trafigura and Carter-Ruck solicitors on 11 September 2009 on the publication of the Minton Report on the alleged dumping of toxic waste in the Ivory Coast, commissioned by Trafigura”.

David Heath MP: ‘The public have a right to know what is said in the House of Commons’ Link to this audio

The Guardian was due to appear at the High Court at 2pm to challenge Carter-Ruck’s behaviour, but the firm has dropped its claim that to report parliament would be in contempt of court.

Here is the full text of Farrelly’s question:

“To ask the Secretary of State for Justice what assessment he has made of the effectiveness of legislation to protect (a) whistleblowers and (b) press freedom following the injunctions obtained in the High Court by (i) Barclays and Freshfields solicitors on 19 March 2009 on the publication of internal Barclays reports documenting alleged tax avoidance schemes and (ii) Trafigura and Carter-Ruck solicitors on 11 September 2009 on the publication of the Minton report on the alleged dumping of toxic waste in the Ivory Coast, commissioned by Trafigura.”

Alan Rusbridger, the Guardian editor, welcomed the move. He said: “I’m very pleased that common sense has prevailed and that Carter-Ruck’s clients are now prepared to vary this draconian injunction to allow reporting of parliament. It is time that judges stopped granting ‘super-injunctions’ which are so absolute and wide-ranging that nothing about them can be reported at all.”

At Westminster earlier today urgent questions were tabled by the Liberal Democrats in an attempt to get an emergency debate about the injunction.

Bloggers were active this morning in ‘speculating’ (Bloggers came up with the correct answer, which pressed the UK censorship into allowing the Guardian to report it now.) about what lay behind the ban on the Guardian reporting parliamentary questions. Proposals being circulated online included plans for a protest outside the offices of Carter-Ruck.

The ban on reporting parliamentary proceedings on legal grounds appeared to call into question privileges guaranteeing free speech established under the 1688 Bill of Rights.

Today’s published Commons order papers contained Farrelly’s question to be answered by a minister later this week. The Guardian was initially prevented from identifying the MP who had asked the question, what the question was, which minister might answer it, or where the question was to be found.

The only fact the Guardian was able report was that the case involves the London solicitors Carter-Ruck, who specialise in suing the media for clients including individuals and global corporations.

The media lawyer Geoffrey Robertson QC said Lord Denning ruled in the 1970s that “whatever comments are made in parliament” can be reported in newspapers without fear of contempt.

He said: “Four rebel MPs asked questions giving the identity of ‘Colonel B’, granted anonymity by a judge on grounds of ‘national security’. The DPP threatened the press might be prosecuted for contempt, but most published.”

The right to report parliament was the subject of many struggles in the 18th century, with the MP and journalist John Wilkes fighting every authority – up to the king – over the right to keep the public informed. After Wilkes’s battle, wrote the historian Robert Hargreaves, “it gradually became accepted that the public had a constitutional right to know what their elected representatives were up to”.