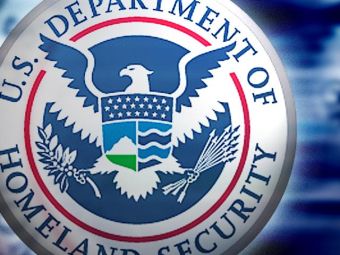 A freedom of information act request has revealed that the Department of Homeland Security’s now infamous “rightwing extremism” report, released in April, was not based on any reliable supporting evidence whatsoever.

According to the DHS, the report was compiled based purely on around 50 internet articles, the credibility of which is severely questionable.

The revelation comes from the group Americans for Limited Government (ALG), which bills itself as an “independent, nonpartisan political movement that fights for hardworking taxpayers against the special interests that continually push for big government nationwide.”

The group filed it’s FOIA request shortly after the release of the leaked security intelligence assessment which equated veterans and gun owners with violent terrorists.

The document, entitled Rightwing Extremism: Current Economic and Political Climate Fueling Resurgence in Radicalization and Recruitment (PDF link) characterized concerns about the economy, unemployment, the loss of U.S. sovereignty and the move towards global government as “rightwing extremist chatter on the Internet” which itself is defined as a potential tool for terrorists to network, build bombs, and send encrypted messages to each other.

It also listed those opposed to abortion or immigration as potential extremists, and cited groups that reject federal authority in favor of state or local authority as potential sources of hate crime.

ALG asked for all data, studies, reports and documents that had led the DHS to these conclusions.

The shocking response from the DHS indicates that it undertook no statistical analysis at all, failed to conduct any interviews with the groups it went on to demonize and complied the report based purely on a scattering of web posts from some extremely dubious sources.

“We expected to receive back some hard-core analysis, some data analysis, looking at crime statistics and current trends that would back up conclusions in the report,” said Nathan Mehrens, a news contributor to Americans for Limited Government and a former Labor Department official.

“Instead what we got was a list of URLs to various Web sites, all kinds of news stories across the board,” Mehrens told FOX News.

Amongst the 50 or so links provided by the DHS are news articles from the New York Times, Washington Post, LA Times and USA Today, along with a smattering of other media sources. These represent subjects including rising gun sales, the activity of minority white supremacist groups and speculation that economic woes will fuel more hate groups.

More noteworthy is the fact that the DHS also cites substantial material from both the Anti Defamation League (ADL) and the Southern Poverty Law Center (SPLC).

How disgusting it is then that when it was leaked, these two politicized and establishment funded groups that masquerade as “civil rights” organisations, immediately pounced on the DHS report and used it to justify their materials and agendas.

In the months that followed, they also returned to the report again and again to tie it in with incidents such as the tragic shooting at the Holocaust museum in Washington DC.

It is no coincidence that the SPLC was also cited as a research source in the equally inflammatory Missouri Information Analysis Center report, which characterized Ron Paul supporters as extremists.

You are most probably an extremist or even on a subversive list:

– Ron Paul: If you support the views of the Declaration of Independence today, then you will be put on a subversive list

– Chuck Baldwin: States, Not Washington, D.C., Need Our Attention:
For example, the State of Missouri is right now profiling supporters of independent Presidential candidates such as Ron Paul, Bob Barr, and myself as being potential “domestic terrorists.” In addition, Missouri law enforcement personnel are being told that people who oppose things such as abortion, illegal immigration, gun control, the Federal Reserve, the North American Union, etc., are potential “terrorists.”

The news also comes in the wake of another sustained effort on behalf of the establishment media and the Southern Poverty Law Center to float the talking point that militia groups and worried gun owners are growing in the United States and that this could portend a violent act of domestic terror.

Perhaps the most damning aspect of the revealed sources for the DHS “rightwinger” report, however, comes in the shape of 11 links to a website called “WhatDoesItMean”, which is a well known source of disinformation among the blogging community.

The site acts as a dumping ground for legitimate news articles, but mixes them in with pure conjecture, unverified stories and plain lies on subjects as far reaching as extra-terrestrial aliens and imminent armageddon.

For the DHS to cite this website far more than any other in order to substantiate its accusations against veterans and other so called “rightwing extremists” is an absolute joke.

This pathetic list of links represents nothing more than a couple of hours of idle internet surfing and Google searches on behalf of the DHS. They have simply thrown together a series of barely related web posts in a ridiculous attempt to provide proof for their outrageous accusations where there is none.

A tenth grader could have complied a more compelling source list.

Here then we have proof definitive that this behemoth agency that was supposedly created to protect the United States from the ruthless terrorists hell bent on its destruction, spends its afternoons surfing the web, compiling useless lists of links in order to paint up everyday American citizens as extremist racist killers.