Deaths from avoidable medical error more than double in past decade, investigation shows 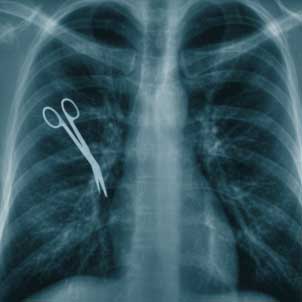 Preventable medical mistakes and infections are responsible for about 200,000 deaths in the U.S. each year, according to an investigation by the Hearst media corporation. The report comes 10 years after the Institute of Medicine’s “To Err Is Human” analysis, which found that 44,000 to 98,000 people were dying annually due to these errors and called for the medical community and government to cut that number in half by 2004.

The precise number of these deaths is still unknown because many states lack a standard or mandatory reporting system for injuries due to medical mistakes. The investigative team gathered disparate medical records, legal documents, personnel files and reports and analyzed databases to arrive at its estimate.

Many, including President Barack Obama, have advocated for a broader adoption of electronic medical records as both a life- and cost-saver. (This is for your own good and has of course nothing to do with the New World Order.)

But not everyone is convinced that current technology will help doctors and nurses who already have set ways of handling patient information. “The systems as they stand now are still fairly clunky and user unfriendly,” Robert Wachter, a professor of hospital medicine at the University of California, San Francisco, told Hearst. “In the last several years, we’ve seen a literature emerge of medical errors caused by computer systems.”

Some think that despite the grim numbers, patient safety has improved overall since the 1999 report. “Now, you have checklists prior to surgery; you mark the spot on which limb you were going to operate on,” Mary Stefl, dean of health care administration at Trinity University in San Antonio, Texas, told Hearst. “And afterwards, they count the surgical sponges and instruments so they presumably don’t leave anything inside. But it still happens.”

In fact, according to Phil Bronstein, who led the investigation, “The annual medical error death toll is higher than that for fatal car crashes,” he said in a prepared statement.