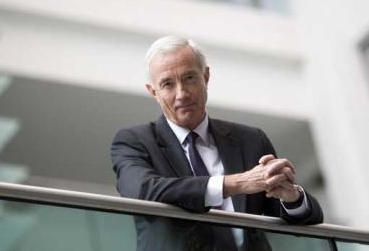 Many people seem genuinely baffled that western governments are hyping the arrival of a swine flu pandemic as if it’s the greatest threat to humanity since the bubonic plague, despite the relatively low number of deaths from the virus, unaware that the pharmaceutical industry has been intimately joined at the hip with the state for decades.

Another illustration of that fact is the revelation that one of the UK government’s top advisors on swine flu also happens to be a sitting board member of GlaxoSmithKline, the company selling dangerous and untested swine flu vaccines, as well as anti-viral drugs Tamiflu and Relenza, to the NHS.

“Professor Sir Roy Anderson sits on the Scientific Advisory Group for Emergencies (Sage), a 20-strong task force drawing up the action plan for the virus. Yet he also holds a £116,000-a-year post on the board of GlaxoSmithKline,” reports the Daily Mail.

We also learn that Anderson was “one of the first UK experts to call the outbreak a pandemic,” and has been busy on radio and TV pushing the effectiveness of anti-virals to fight swine flu, without telling listeners that he was on the GSK payroll.

Anderson was also a key government advisor during the 2001 foot and mouth outbreak in Britain which led to the slaughter of over 6 million animals and the complete decimation of the farming industry.

Batches of swine flu vaccine destined for Europe are being fast-tracked through safety procedures and there will be no testing on humans whatsoever before millions of people, starting with children and pregnant women, are inoculated as part of mass vaccination programs.

Despite warnings from World Health Organization flu chief Dr Keiji Fukuda about the dangers of untested vaccines, GlaxoSmithKline and other pharmaceutical companies like Baxter, will begin shipping the vaccine to governments in Europe within two months.

Officials claim that the swine flu vaccine has similar ingredients to the avian flu vaccine and is therefore safe. In that case, we better hope that the vaccine does not have the same ingredients as batches of Baxter’s bird flu vaccine, which were actually contaminated with the live avian flu virus and shipped out to numerous European countries.

In addition, the swine flu vaccine will contain an ingredient known to cause debilitating diseases.

As we reported last week, the shots will include the ingredient squalene, which has been directly linked with cases of Gulf War Syndrome.

According to award-winning investigative journalist Gary Matsumoto, there’s a “close match between the squalene-induced diseases in animals and those observed in humans injected with this oil: rheumatoid arthritis, multiple sclerosis and systemic lupus erythematosus.”

“There are now data in more than two dozen peer-reviewed scientific papers, from ten different laboratories in the US, Europe, Asia and Australia, documenting that squalene-based adjuvants can induce autoimmune diseases in animals…observed in mice, rats, guinea pigs and rabbits. Sweden’s Karolinska Institute has demonstrated that squalene alone can induce the animal version of rheumatoid arthritis. The Polish Academy of Sciences has shown that in animals, squalene alone can produce catastrophic injury to the nervous system and the brain. The University of Florida Medical School has shown that in animals, squalene alone can induce production of antibodies specifically associated with systemic lupus erythematosus,” writes Matsumoto.

Micropaleontologist Dr. Viera Scheibner, who conducted research into the adverse effects of adjuvants in vaccines, wrote the following about squalene.