Dick Cheney, the former Vice President, ordered the CIA to hide a mysterious counter-terrorism programme from Congress for eight years, despite US laws demanding its disclosure. 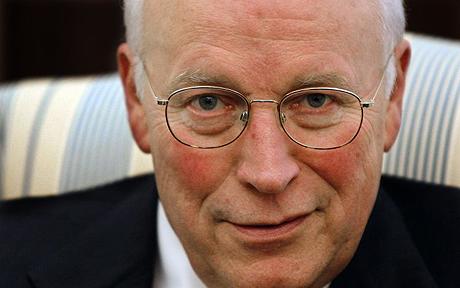 Dick Cheney, the former Vice President, ordered the CIA to hide a mysterious counter-terrorism programme from Congress for eight years, despite US laws demanding its disclosure. Photo: AP

The programme was shut down on the very day the Obama administration learned of its existence last month. Details remain cloaked in secrecy, however, and assurances have been given that it was never activated.

That has not prevented lurid speculation of an alleged Mossad-style elimination unit, or possible anti-terror operations inside America, which the CIA is legally barred from conducting.

Mr Cheney is also the possible target of a criminal investigation for allegedly permitting torture by the CIA. It emerged at the weekend that Eric Holder, the Attorney General, may appoint a special prosecutor to investigate whether members of the Bush Administration broke the law by allowing the CIA use “waterboarding” on terror suspects.

The Focus is now on the antiterrorist programme which Leon Panetta, the CIA director, was only briefed about on June 23, four months after he took office. Officials told the New York Times that “the unidentified programme was devised and deliberately concealed from Congress” in the months just after the terrorist attacks on September 11, 2001.

Mr Panetta was sufficiently alarmed by what he learned to close down the programme immediately. The following day, he briefed members of the Senate and House intelligence committees about the former Vice President’s deception.

Mr Panetta told the Congressmen that for the past eight years, Mr Cheney had deliberately kept the oversight committees in the dark about the antiterrorist measures.

Paul Gimigliano, the CIA’s official spokesman, would not be drawn on the New York Time’s report of Mr Cheney’s role.

“It’s not agency practice to discuss what may or may not have been said in a classified briefing,” he said. “When a CIA unit brought this matter to Director Panetta’s attention, it was with the recommendation that it be shared appropriately with Congress. That was also his view, and he took swift, decisive action to put it into effect.”

Republicans were keen to damp down the alarm about the CIA programme. Peter Hoekstra the senior Republican on the House intelligence committee, said he believed Congress would have approved of the programme only in the fraught and panicky days after September 11, but not later, after fears receded.

As the most powerful Vice President in American history, Mr Cheney was also the most secretive member of the Bush Administration. He went to great lengths to restrict knowledge of antiterrorist actions, including the extensive electronic eavesdropping inside the US. “Am I the evil genius in the corner that nobody ever sees come out of his hole?” he asked rhetorically in 2004. “It’s a nice way to operate, actually.”

The CIA is already involved in a rearguard action to block investigation into its use of waterboarding on terrorist suspects. It has clashed with Nancy Pelosi, the Speaker of the House, who accused the agency of lying in its briefings.

The secret antiterrorist programme was set up at a time of great fear in Washington that al-Qaeda was about to launch a second attack on the US. The worst fears seemed realised on 18 Oct 2001 when an alarm at the White House Situation Room went off, falsely indicating that the air was contaminated by radioactive, chemical or biological agents. Mr Cheney then disappeared to “a secure, undisclosed location” – a bunker hundreds of feet below the Blue Ridge Mountains near Camp David.