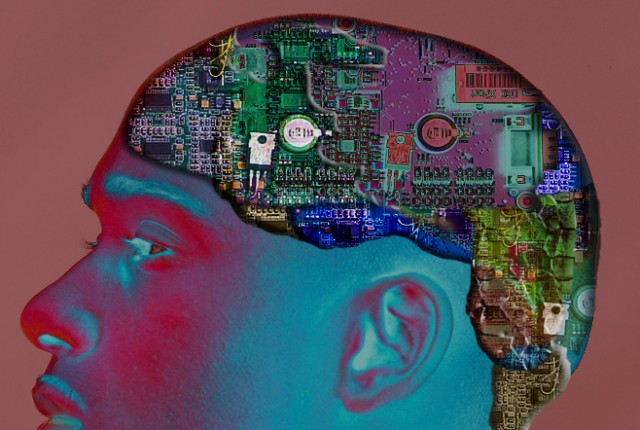 Forget the battlefield radios, the combat PDAs or even infantry hand signals. When the soldiers of the future want to communicate, they’ll read each other’s minds.

At least, that’s the hope of researchers at the Pentagon’s mad-science division Darpa. The agency’s budget for the next fiscal year includes $4 million to start up a program called Silent Talk. The goal is to “allow user-to-user communication on the battlefield without the use of vocalized speech through analysis of neural signals.” That’s on top of the $4 million the Army handed out last year to the University of California to investigate the potential for computer-mediated telepathy.

Before being vocalized, speech exists as word-specific neural signals in the mind. Darpa wants to develop technology that would detect these signals of  “pre-speech,” analyze them, and then transmit the statement to an intended interlocutor. Darpa plans to use EEG to read the brain waves. It’s a technique they’re also testing in a project to devise mind-reading binoculars that alert soldiers to threats faster the conscious mind can process them.

The project has three major goals, according to Darpa. First, try to map a person’s EEG patterns to his or her individual words. Then, see if those patterns are generalizable – if everyone has similar patterns. Last, “construct a fieldable pre-prototype that would decode the signal and transmit over a limited range.”

The military has been funding a handful of  mind-tapping technology recently, and already have monkeys capable of telepathic limb control. Telepathy may also have advantages beyond covert battlefield chatter. Last year, the National Research Council and the Defense Intelligence Agency released a report suggesting that neuroscience might also be useful to “make the enemy obey our commands.” The first step, though, may be getting a grunt to obey his officer’s remotely-transmitted thoughts.

1 thought on “The soldier of the future will communicate through telepathy: Pentagon”