Take a close look at the logo of TASER International and …
(Wikipedia: Waffen-SS and SS) 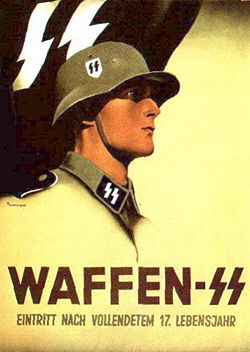 The Taser XREP is an electrically charged dart that can be fired from up to 20 metres away with a 12-gauge shotgun. Upon impact, its barbed electrodes penetrate a victim’s skin, discharging a 20-second burst of electricity to “distract, disorient and entice the subject to grab the projectile”, says Taser. But grabbing the dart routes the shock through the hand, making it difficult to let go and spreading the pain further.

While the XREP delivers a lower voltage for a longer time, a spokeswoman for Taser says its effect is similar to existing versions.

Commercial production of the XREP is due to start later this month, with US police departments and the US military expected to be using the weapons by the end of 2009.