Controversial filmmaker Michael Moore is calling for current and former Wall Street bankers to help him make a film about the financial crisis, which he describes as the “biggest swindle in American history”. 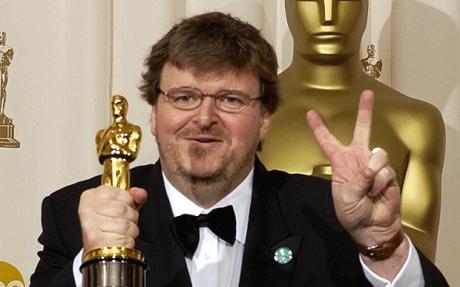 Mr Moore posted a letter on his website yesterday urging people who work or had worked for banks, brokerages and insurance companies to “step up as an American and do your duty of shedding some light” on the crisis.

The implosion of the banking system has already forced banks globally to write down almost £1 trillion and driven many of the world’s major economies into recession.

The filmmaker, whose documentaries include Farenheit 9/11, which dealt with the September 11 terrorist attacks in New York, is in the middle of shooting the film, according to his Web site. He claims to have heard from a “few good people” already.

“Based on those who have already contacted me, I believe there are a number of you who know ‘the real deal’ about the abuses that have been happening,” Mr Moore said. “You have information that the American people need to hear. I am humbly asking you for a moment of courage, to be a hero.”

Mr Moore, who first announced the film project at the Cannes Film Festival in May, said that the identities of those who offer information will be kept anonymous.