A satellite tracking device that will allow parents to plot their child’s location to within 10ft will go on sale in the UK in March, its manufacturer said. 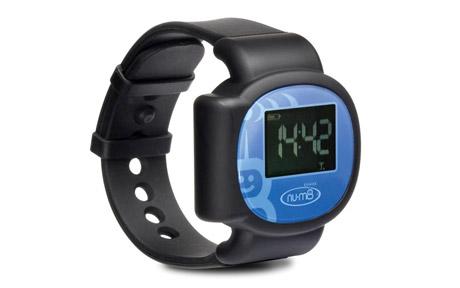 The GPS watch can be securely fastened to a child’s wrist and will trigger an alert if forcibly removed. Photo: PA

Concerned parents will be able to receive text or email updates of their child’s location.

Nu.M8, thought to be the world’s first GPS locator device specifically designed to be worn by children, is concealed within a digital watch.

It can be securely fastened to a child’s wrist and will trigger an alert if forcibly removed.

Parents who text “wru”, or click “where r you” on the secure website, will be able to see the child’s location on Google maps and the street address and postcode will also be displayed.

So-called “safe zones” can also be set up in which children can play safely and an alert will be sent to the parent’s mobile phone and computer if the child strays out of that area.

Steve Salmon, chief executive of Lok8u, the firm launching the watch, said: “Nu.M8 gives parents the reassurance of knowing where their children are, anytime, anywhere.

“Hopefully in using this product girls and boys can now be given the similar freedom to play outside that I enjoyed as a child.”

He said the overriding aim of the watch was “to give children their freedom and parents peace of mind”.

The watch will be launched this week at the International Consumer Electronics Show in Las Vegas, which runs from Thursday to Sunday.