– How To Defeat The Globalist System:

In my last two articles, ‘How Globalists Predict Your Behavior’ and ‘How To Predict The Behavior Of Globalists’, I explained the base fundamentals behind a concept with which most people are unfamiliar. They are so unfamiliar with it, in fact, that I didn’t bother to name it. In this article I hope to explain it, but I highly recommend people read the previous articles in this series before moving forward.

What I outlined, essentially, was a beginners course on 4th Generation Warfare. This methodology is difficult to summarize, but here I will list what I believe are some of its core tenets.

Starting June 7th, and continuing for the next month, the FAA has warned airplane pilots that GPS signals on the West Coast, and especially over California and Nevada, may be impacted.

The reason why is not exactly clear, but as Gizmodo notes, the US military will be testing a device or devices that will potentially jam GPS signals for six hours each day. Officially the tests were announced by the FAA but are centered near the US Navy’s largest installation in the Mojave Desert, China Lake, located “just down the road” from Area 51. The Navy has kept silent about the nature of the tests. 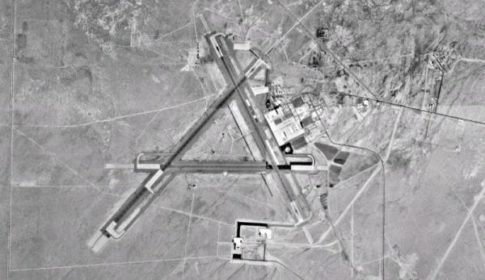 As Gizmodo adds, the FAA issued an advisory warning pilots on Saturday that global positioning systems (GPS) could be unreliable during six different days this month, primarily in the Southwestern United States. On June 7, 9, 21, 23, 28, and 30th the GPS interference testing will be taking place between 9:30am and 3:30pm Pacific time. But if you’re on the ground, you probably won’t notice interference. 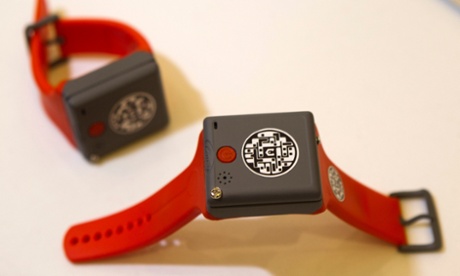 KMS Wristband phones for young children and older people. The phone can also send an alert if the wearer has left a prescribed area. Photograph: STEVE MARCUS/REUTERS

Parents will soon be able to track, log and judge the every movement of their offspring. God help those children

For those who think the NSA the worst invader of privacy, I invite you to share an afternoon with Aiden and Foster, two 11-year-old boys, as they wrap up a Friday at school. Aiden invites his friend home to hang out and they text their parents, who agree to the plan.

As they ride on the bus Foster’s phone and a sensor on a wristband alert the school and his parents of a deviation from his normal route. The school has been notified that he is heading to Aiden’s house so the police are not called.

Read moreChild-Tracking Wristbands Edge Us Closer To A Dystopian Future

“Privacy is the real challenge,” Wise said. He said the V2V will likely rely on GPS-type data that could track a person’s movements.

Federal officials will decided in the “coming weeks” whether to require new cars to include smart technology that would alert drivers of a coming crash, even in vehicles that are two or three cars away.

The vehicle-to-vehicle — or V2V — technology has undergone testing in recent years and has already been installed in some cars that are on the road.

A recent study by the Government Accountability Office determined that if the gizmos were widely deployed, “V2V technologies could provide warnings to drivers in as much as 76 percent of potential multi-vehicle collisions.” 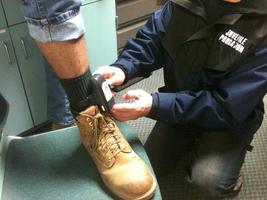 When defense lawyer Fermín L. Arraiza-Navas sat down with a prospective client in San Juan, Puerto Rico last April, he casually asked the man about the Global Positioning System (GPS) ankle bracelet that he was wearing as a condition for his bail.

The reply was just as casual.

“They speak to me through that thing,” the man said.

It wasn’t the first time the lawyer encountered GPS bracelets with apparently extraordinary powers. He told the Puerto Rico Center for Investigative Reporting (CPIPR) that a previous defendant’s GPS ankle bracelet started to vibrate during a meeting with him.

New York police plan to distribute “bait bottles” of fake pain-killers equipped with invisible GPS devices in a drive to combat the scourge of pharmacy robberies by addicts and sellers looking for oxycodone tablets, which can fetch more than $80 per pill on the street.

New York Police Commissioner Raymond Kelly announced the novel approach at the 2013 Clinton Health Matters Conference in La Quinta on Tuesday, saying his city’s cases of  oxycodone-related crime have included a retired police officer who resorted to robbing pharmacies to satisfy his craving for the highly addictive narcotic.

But some white-hat hackers are questioning the safety part. The Next Generation Air Transportation System (NextGen) will rely on Global Positioning Systems (GPS) instead of radar. And so far, several hackers have said they were able to demonstrate the capability to hijack aircraft by spoofing their GPS components.

The Federal Aviation Administration (FAA) has declared that it already has multiple measures to detect fake signals. But it has so far not allowed any independent testing of the system.

Many documents produced by the U.S. government are confidential and not released to the public for legitimate reasons of national security.  Others, however, are kept secret for more questionable reasons.  The fact that presidents and other government officials have the power to deem materials classified provides them with an opportunity to use national security as an excuse to suppress documents and reports that would reveal embarrassing or illegal activities.

I’ve been collecting the stories of unreleased documents for several years. Now I have chosen 11 examples that were created—and buried—by both Democratic and Republican administrations and which cover assassinations, spying, torture, 50-year-old historical events, presidential directives with classified titles and…trade negotiations.

When the administration of George W. Bush was confronted with cases of Americans fighting against their own country, it responded in a variety of ways. John Walker Lindh, captured while fighting with the Taliban in December 2001, was indicted by a federal grand jury and sentenced to 20 years in prison. José Padilla was arrested in Chicago in May 2002 and held as an “enemy combatant” until 2006 when he was transferred to civilian authority and, in August 2007, sentenced to 17 years in prison for conspiring to support terrorism. Adam Gadahn, who has made propaganda videos for al-Qaeda, was indicted for treason in 2006 and remains at large.

After he took over the presidency, Barack Obama did away with such traditional legal niceties and decided to just kill some Americans who would previously have been accused of treason or terrorism. His victims have included three American citizens killed in Yemen in 2011 by missiles fired from drones: U.S.-born anti-American cleric Anwar al-Awlaki, Samir Khan, an al-Qaeda propagandist from North Carolina, and Awlaki’s 16-year-old son, Abdulrahman al-Awlaki.

On the evening of June 19, a group of researchers from the University of Texas successfully hijacked a civilian drone at the White Sands Missile Range in New Mexico during a test organized by the Department of Homeland Security.

The drone, an Adaptive Flight Hornet Mini, was hovering at around 60 feet, locked into a predetermined position guided by GPS. Then, with a device that cost around $1,000 and the help of sophisticated software that took four years to develop, the researchers sent a radio signal from a hilltop one kilometer away. In security lingo, they carried out a spoofing attack.

“We fooled the UAV (Unmanned Aerial Vehicle) into thinking that it was rising straight up,” says Todd Humphreys, assistant professor at the Radionavigation Laboratory at the University of Texas.

Deceiving the drone’s GPS receiver, they changed its perceived coordinates. To compensate, the small copter dove straight down, thinking it was returning to its programmed position. If not for a safety pilot intervening before the drone hit the ground, it would have crashed.