Plans for a massive database snooping on the entire population were condemned yesterday as a ‘step too far for the British way of life’.

In an Orwellian move, the Home Office is proposing to detail every phone call, e-mail, text message, internet search and online purchase in the fight against terrorism and other serious crime.

But the privacy watchdog, Information Commissioner Richard Thomas, warned that the public’s traditional freedoms were under grave threat from creeping state surveillance. 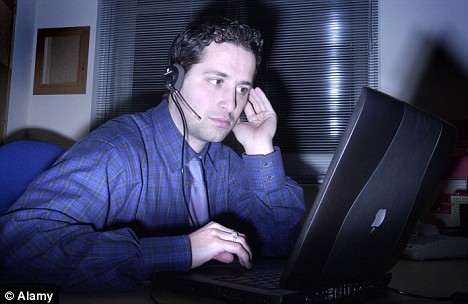 Apart from the Government’s inability to hold data securely, he said the proposals raised ‘grave questions’.

‘Do the risks we face provide justification for such a scheme in the first place? Do we want the state to have details of more and more aspects of our private lives?

‘Whatever the benefits, would such a scheme amount to excessive surveillance? Would this be a step too far for the British way of life?’

It is thought the scheme would allow the police or MI5 to access the exact time when a phone call was made, the number dialled, the length of the call and, in the case of mobile phones, the location of the handset to within an accuracy of a few hundred yards.

Similarly for e-mails, it would provide details of when they were sent and who the recipients were. Police recovering a suspect’s computer would then be able to trawl through hard-drive records and recover particular messages. The content of telephone calls could not be recovered unless they were being intercepted at the time.

Mr Thomas’s warnings were backed by privacy campaigners, who claimed such Big Brother powers would give Government agencies unprecedented abilities to trawl through intimate details of ordinary people’s private lives at will.

He used the launch of his annual report to speak out after ministers signalled their intentions in their programme of legislation earlier this year, describing the new Bill as ‘modifying procedures for acquiring communications data’. 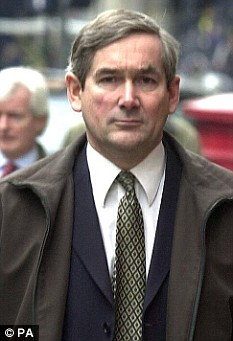 There are fears that the data will be shared with foreign governments – such as the Americans demanding personal details of air passengers – accessed by internet hackers or lost by bungling civil servants.

Opponents pointed out that town halls are already using extraordinary surveillance powers under the controversial Regulation of Investigatory Powers Act to investigate minor issues such as littering, or checking whether parents are abusing school catchment area rules, and they could be given access to almost unthinkable levels of personal data under the new scheme.

Currently police and MI5 can access customer records stored by telephone companies, but only with a warrant to examine individual accounts.

Mr Thomas said: ‘I am absolutely clear that the targeted and duly-authorised interception of the communications of suspects can be invaluable in the fight against terrorism and other serious crime.

‘But there needs to be the fullest public debate about the justification for, and implications of, a specially created database – potentially accessible to a wide range of law enforcement authorities – holding details of everyone’s telephone and internet communications.

‘Do we really want the police, security services and other organs of the state to have access to more and more aspects of our private lives?’

Opposition MPs said the Government’s dismal records on safeguarding private data – most notably the loss of the entire child benefit database holding millions of people’s financial details – showed it was incapable of safeguarding such a vast volume of information safely, and the scheme should be dropped immediately.

An estimated 3billion emails are sent in Britain every day and last year 57billion text messages were sent.

The Home Office yesterday defended the need to keep its surveillance powers up to date with changing internet technology, and said full details of the plans would be published this year as part of a new Communications Data Bill.

Officials said the internet was rapidly revolutionising communications and it was vital for surveillance powers to keep up with technology in order to fight serious crime and terrorism.

Britain’s crime-fighting DNA database was the world’s first, in 1995, and is now the world’s largest.

Originally samples were taken from those arrested but destroyed if they were not convicted. Today anyone who is arrested – even if innocent – has DNA taken without consent, even if it has nothing to do with the case. It is added to the database, and stays there forever. It is virtually impossible to have it removed.

Unsurprisingly, new entries are being added at the rate of more than a million a year.

Police forces use hundreds of Automatic Number Plate Recognition cameras across the UK, some at fixed sites and some in cars.

Computers are able to compare numbers with a national database of cars which may be stolen, or whose owners are wanted for questioning.

Each check takes around four seconds.

Since last year, the Government has been developing a central database which also records the details every time a car passes an ANPR camera, anywhere in Britain.