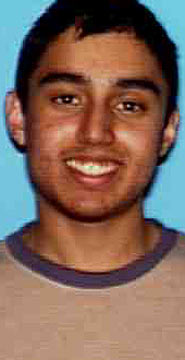 It could be a long time before Omar Khan goes to college: as long as 38 years, according to Orange County prosecutors, who have arrested and charged the 18-year-old student with breaking into his prestigious high school and hacking into computers to change his test grades from Fs to As.

But if you contaminat Iraq for thousands upon thousands of years you face no charges at all:

IRAQ: ‘Special Weapons’ Have a Fallout on Babies 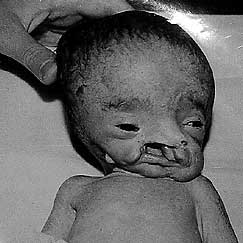 No charges for Treason and Mass Murder:

– Government Insider: Bush Authorized 9/11 Attacks
“This (9/11) was all planned. This was a government-ordered operation. Bush personally signed the order. He personally authorized the attacks. He is guilty of treason and mass murder.” –Stanley Hilton

– Rumsfeld: Why not another 9/11?
In a newly-released tape of a 2006 Rumsfeld declared that the American people lack “the maturity to recognize the seriousness of the ‘threats'” – and need another 9/11.

When DeLong complained about a “lack of sympathetic ears” in Congress, and a lack of interest among the general American public, Rumsfeld responded, “What’s to be done? The correction for that, I suppose, is another attack.”

– George W. Bush has gotten away with murder

Mr Khan’s defence lawyer, Carol Lavacol, described her client as “a really nice kid” and said: “There’s a lot more going on than meets the eye.”

Prosecutors claim that between January and May, Mr Khan, who lives in Coto de Caza, one of Orange County’s oldest and most expensive gated communities, repeatedly broke into Tesoro High School, which was made famous by the reality TV series Real Housewives of Orange County.

In an alleged plot that resembles the script to the 1986 high school comedy Ferris Bueller’s Day Off, prosecutors claim that he then used teachers’ passwords to hack into computers and change his test scores. In at least one test, an English exam, Mr Khan had been given an F grade because he was caught cheating.

Prosecutors claim that the teenager, who is alleged to have broken into the school late at night with a stolen master key, also changed the grades of 12 other students, and that he installed spyware on school hard drives that allowed him to access the computers from remote locations.

Mr Khan’s plan, the prosecution argues, was to get a place at one of the colleges within the University of California system. After his application was rejected, he requested copies of his student records, known as “transcripts” in the US educational system, so he could appeal. But when teachers looked at his files and noticed all the A grades that had magically appeared next to all the courses he had taken they realised something was wrong.

“School administrators alerted law enforcement after noticing a discrepancy in Mr Khan’s grades,” the Orange County District Attorney’s office said. “Subsequent investigation revealed that Mr Khan was in possession of original tests, test questions and answers, and copies of his altered grades. Khan is accused of stealing master copies of tests, some of which were e-mailed to dozens of students.”

The case has once again raised the question of whether technology, in particular mobile phones that can access the internet, has resulted in an epidemic of cheating in the high-school system. The Orange County Register, a local newspaper, asked its readers yesterday to respond to a poll asking if “technology is giving [students] an advantage”, or whether it is just “the same stuff using new tools”.

Another student, Tanvir Singh, also 18, is accused of conspiring with Mr Khan and faces up to three years in prison. The pair allegedly exchanged text messages last month while organising a break-in.

Jim Amormino, of the local sheriff’s department, said that he was astonished by the sophistication of the scheme, especially given the age of the defendants. “I think they [now] wish they would have put their talents into studying,” he said.