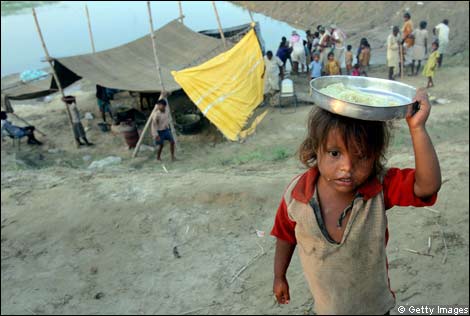 Governments across the developing world are scrambling to boost farm imports and restrict exports in an attempt to forestall rising food prices and social unrest.

Saudi Arabia cut import taxes across a range of food products on Tuesday, slashing its wheat tariff from 25 per cent to zero and reducing tariffs on poultry, dairy produce and vegetable oils.

On Monday, India scrapped tariffs on edible oil and maize and banned exports of all rice except the high-value basmati variety, while Vietnam, the world’s third biggest rice exporter, said it would cut rice exports by 11 per cent this year.

The moves mark a rapid shift away from protecting farmers, who are generally the beneficiaries of food import tariffs, towards cushioning consumers from food shortages and rising prices.

But economists warned that such actions risked provoking an upward spiral in global food prices, which have already been pushed higher by rising demand from emerging markets like China and India and pressure on land from the growing production of bio-fuels.

“There are so many speculators in the market that when something happens to affect supply, there is an immediate reaction,” said Paul Braks, commodities analyst at Rabobank, one of the largest agribusiness lenders.

“Markets are very tight, and when you see net exporters imposing these export restrictions to stabilise domestic food prices, it makes the market nervous.”

Mr Braks said volatility in food prices had been exacerbated by problems in financial markets. “The credit crunch has pushed a lot of investors into commodities as a safe haven,” he said. “If they get their fingers burned, they are likely to withdraw.”

Kamal Nath, Indian trade minister, said food shortages were becoming one of the most pressing trade issues. “It is … probably our number one problem,” he said. “World food stocks have never been lower.”

India, which became self-sufficient in food in the 1970s, has imported substantial quantities of wheat and other staple foods over two years in response to shortages and higher prices.

Mr Braks said that even highly productive exporters such as Ukraine were imposing export restrictions on wheat, though a good harvest in the autumn should see more grain being released on to the world market.

In the medium term, high prices should encourage more land to come into production, particularly in Ukraine and Russia. “World grain prices are likely to be high and volatile over the next two crop years, and then from 2010 the supply response should start to bring prices slowly down,” he said.

Disputes over sharing the costs and benefits of higher food prices have shot up the political agenda in many developing countries as sharp reductions in purchasing power, particularly for the urban poor, have put increasing pressure on governments.

Global rice prices have risen by a third since the turn of the year, and higher soyabean costs have sparked protests in countries such as Indonesia.

In Argentina, farmers have protested against attempts by the government of Cristina Fernández to redistribute the benefits of rising commodity prices by increasing export taxes on soyabeans and other crops. In the Philippines, government investigators have raided warehouses suspected of hoarding rice.

By Alan Beattie in London