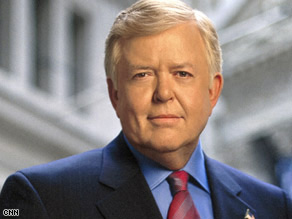 Bush, Pelosi, Reid and the presidential candidates of both parties have an opportunity now, and I believe an obligation, to adjust the public policy mistakes of the past quarter-century that have led to this crisis. And only through courageous policy decisions will we be able to steer this nation’s economy away from the brink of outright disaster.

We all have to acknowledge that our problems were in part brought on by the failure of our government to regulate the institutions and markets that are now in crisis. The irresponsible fiscal policies of the past decade have led to a national debt that amounts to $9 trillion. The irresponsible so-called free trade policies of Democratic and Republican administrations over the past three decades have produced a trade debt that now amounts to more than $6 trillion, and that debt is rising faster than our national debt. All of which is contributing to the plunge in the value of the U.S. dollar.

At precisely the point in our history in which this nation has become ever more dependent on foreign producers for everything from clothing to computers to technology to energy, our weakened dollar is making the price of an ever-increasing number of imported goods even more expensive.

All Americans will soon have to face a bitter and now obvious truth: Our national, political and economic leaders have squandered this nation’s wealth, and the price of this profligacy is enormous, and the bill has just come due for all of us.

Bernanke endorsed the concept of a short-term economic stimulus package, but he cautioned that the money must be spent correctly: “You’d hope that [consumers] would spend it on things that are domestically produced so that the spending power doesn’t go elsewhere.”

Just what would you have us spend it on? The truth is that consumers spend most of their money on foreign imports, and any stimulus package probably would be stimulating foreign economies rather than our own. Imports, for example, account for 92 percent of our non-athletic footwear, 92 percent of audio video equipment, 89 percent of our luggage and 73 percent of power tools. In fact, between 1997 and 2006, only five of the 114 industries examined in a U.S. Business and Industry Council report gained market share against import competition.

And let’s be honest and straightforward, as I hope our president and the candidates for president will be: This stimulus will not prevent a recession. It may ease the pain for millions of Americans, but a recession we will have. The question is how deep, how prolonged and how painful will it be. Unfortunately, we’re about to find out how committed and capable our national leaders are at mitigating that pain and producing realistic policy decisions for this nation that now stands at the brink.

The opinions expressed in this commentary are solely those of the writer.