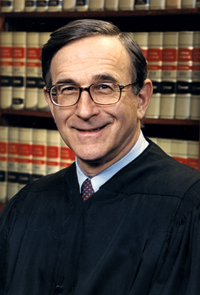 A 9/11 lawsuit against former high officials in the Bush White House is being presided over by a cousin of former president George W. Bush – a shocking and blatant conflict of interest that should embarrass even believers in the official story.

The case has been ignored by the mainstream media in the weeks leading up to it going to court April 5. And most media have ignored the developments concerning the involvement of Judge Walker. One exception is CNBC, which carried an online story with the headline: “Extraordinary Conflict of Interest: Bush Cousin Presides Over Federal Court Case Against Former Bush Administration Officials.” Good for them, but this is an all-too isolated exception. That the story is being kept almost entirely out of the media further reveals that the idea of a free and vigorous press is largely a fantasy.