The Catholic church was complicit in dreadful crimes in Argentina. Now it has a chance to repent

Benedict XVI gave us words of great comfort and encouragement in the message he delivered on Christmas Eve.

“God anticipates us again and again in unexpected ways,” the pope said. “He does not cease to search for us, to raise us up as often as we might need. He does not abandon the lost sheep in the wilderness into which it had strayed. God does not allow himself to be confounded by our sin. Again and again he begins afresh with us”.

Read moreFlashback: The Sins Of The Argentinian Church (Guardian) 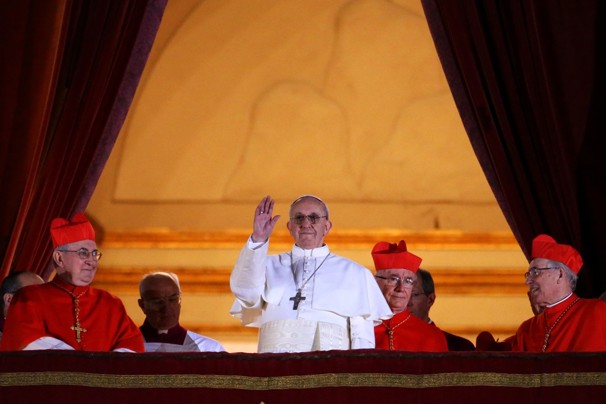 VATICAN CITY — Cardinal Jorge Mario Bergoglio of Argentina was elected pope Wednesday, becoming the first pontiff from the Americas and taking the name Pope Francis I.Appearing on the balcony of St. Peter’s Basilica a short time later, the new pope greeted a vast crowd gathered below in St. Peter’s Square with salutations in Italian and led a prayer for his predecessor, Benedict XVI.

“As you know, the duty of the conclave was to appoint a bishop of Rome, and it seems to me that my brother cardinals went to fetch him at the end of the world,” he said. “But here I am.”

Moments earlier, Cardinal Jean-Louis Tauran, the church’s most senior cardinal in the order of deacons, or the proto-deacon, announced “habemus papam” and spoke the name of the new pope, chosen on the second day of deliberations by the assembled cardinals of the Roman Catholic Church. But his words were barely audible to the throng in the square, and there was initial confusion over the identity of the new leader of the world’s 1.2 billion Catholics.

Bergoglio, 76, the first Jesuit pope, spent nearly his entire career at home in Argentina, overseeing churches and shoe-leather priests, the Associated Press reported. He reportedly received the second-most votes after Cardinal Joseph Ratzinger — who became Benedict XVI — in the 2005 papal election, and he has long specialized in the kind of pastoral work considered an essential skill for the next pope.