– A Look Inside Key West’s Battle to Prevent a Release of GMO Mosquitos:

We’ve all heard of the Zika virus. What you probably haven’t heard of is British biotechnology company Oxitec, purchased last year by billionaire Randal Kirk. A company that has released A. aegypti killing GMO mosquitos in at least Brazil, Malaysia, Panama and the Grand Cayman islands. The company also planned a release in the Florida Keys, but has thus far been stopped by a group of determined activists.

What follows are excerpts from that piece:

Look out people of planet earth, genetically engineered bugs are here. Just in case you haven’t figured it out yet, our technocracy is working ever diligently on genetically engineering every last living cell on the planet – WITHOUT EXCEPTION. What does this mean for life here on earth? Ever hear the expression “soup sandwich?” Well, after these “scientific” geniuses are through with us, that is exactly what all life will be – a genetic soup sandwich, made in a lab, and stamped with a corporate logo embedded in our DNA.

If the following report from Testbiotech doesn’t send chills up your spine, I don’t know what will. Get ready world, because nothing will ever be the same. Ever. There is no remediation technique available to clean up genetically engineered mutations released into the wild and spread through horizontal gene transfer. 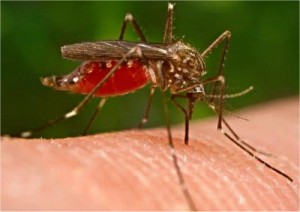 Australian research scientists have developed a strategy for fighting Dengue fever, a viral disease spread by mosquitoes that affects more than 50 million people annually and causes fever and crippling joint and muscle pain—and in some cases even death.

Dengue kills FAR more people worldwide than influenza, yet it is rarely even mentioned by Western media.

A bacterium named Wolbachiapipientis naturally infects many insect species and has the ability to interfere with its host’s reproductive ability in such a way that entire populations become infected within just a few generationsi. When Wolbachia infects mosquitoes, the mosquitoes’ ability to transmit Dengue virus is almost completely blocked.

Researchers are encouraged that these bacterially infected mosquitoes are safe to humans and, once set loose, are capable of spreading on their own and overtaking the wild mosquito populations that transmit disease to humans.

In two northern Australian towns, between 10,000 and 20,000 of these infected mozzies were released (“mozzie” is Australian for mosquito), and wild mosquito infection rates neared 100 percent—meaning, mosquitoes that can infect humans were almost completely replaced by the ones that can’t.