In an interesting twist of irony, one of the Congressman most instrumental in the destruction of civil liberties in these United States due to his authorship of the Patriot Act, Jim Sensenbrenner (R-Wisc.), is now leading the charge to rein in NSA abuses. His disgust with the NSA became clear back in early June when he wrote an impassioned letter to Attorney General Eric Holder criticizing the illegal NSA activity happening behind the scenes. The key point here is that Mr. Sensenbrenner strongly believes that these guys are misinterpreting the legislation he wrote to justify everything they are doing. As such, he and others are proposing legislation to make it crystal clear what is and what is not appropriate surveillance.

Not only that, he is also calling for the prosecution of James Clapper the current Director of National Intelligence, who perjured himself in front of Congress earlier this year. Mr. Sensnbrenner said:

Oversight only works when the agency that oversight is directed at tells the truth, and having Mr Clapper say he gave the least untruthful answer should, in my opinion, have resulted in a firing and a prosecution.

The conservative Republican who co-authored America’s Patriot Act is preparing to unveil bipartisan legislation that would dramatically curtail the domestic surveillance powers it gives to intelligence agencies.

Congressman Jim Sensenbrenner, who worked with president George W Bush to give more power to US intelligence agencies after the September 11 terrorist attacks, said the intelligence community had misused those powers by collecting telephone records on all Americans, and claimed it was time “to put their metadata program out of business”.

Jim Sensenbrenner is a US politician who has been a member of the Republican party in the House of Representatives since 1979, representing Wisconsin’s 5th congressional district. In 2001, he introduced the USA Patriot Act in the House 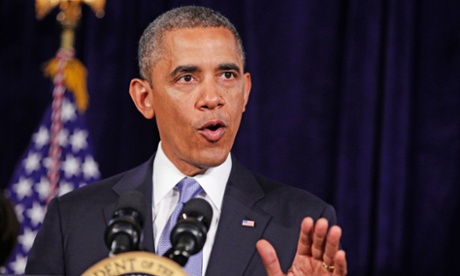 We’ve gotten used to what “Big Government” looks like – Washington’s unchecked deficit spending, the Obama administration’s policing of the press and the IRS’s targeting of conservative groups. But the problem is bigger than we thought. “Big Brother” is watching. And he is monitoring the phone calls and digital communications of every American, as well as of any foreigners who make or receive calls to or from the United States.

Last week, the Guardian reported that the Obama administration is collecting records of every call made to, from or within the US, as well as records of many digital communications. President Obama has tried to deflect criticism by claiming “every member of Congress has been briefed on this program.” While some members of Congress were briefed – particularly those on the intelligence committees – most, including myself, were not.

The administration claims authority to sift through details of our private lives because the Patriot Act says that it can. I disagree. I authored the Patriot Act, and this is an abuse of that law.

I was the chairman of the House judiciary committee when the US was attacked on 11 September 2001. Five days later, the Justice Department delivered its proposal for new legislation. Although I, along with every other American, knew we had to strengthen our ability to combat those targeting our country, this version went too far. I believed then and now that we can defend our country and our liberty at the same time.

I immediately called then-House Speaker Dennis Hastert and asked him for time to redraft the legislation. I told the speaker that if the legislation moved forward as drafted, I would not only vote against it, but would actively oppose it.