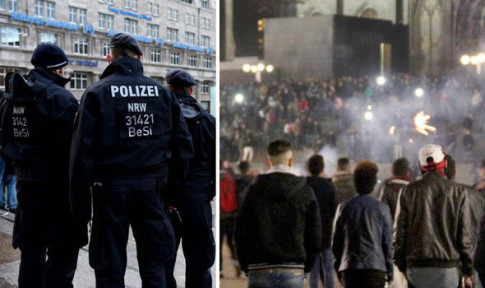 GERMAN police stood idly by and IGNORED more than 200 migrant sex attacks on the streets of Cologne before finally stepping in to help the terrified victims, an explosive report has revealed today.

A bombshell dossier lifted the lid on the shocking failures of officers to protect women being groped and raped by rampaging refugees during the horrific attacks on New Year’s Eve.It reveals how police waited more than FOUR HOURS to take action against the migrants perpetrating the horrific sexual assaults – by which time more than 200 attacks including gang rapes had already taken place.

– Cologne Imam: Girls Were Raped Because They Were Half Naked And Wore Perfume:

Warning women against “adding fuel to the fire”, the Imam of a Salafist Cologne mosque has said the victims of the New Year’s Eve attacks in that city were themselves responsible for their sex assault, by dressing inappropriately and wearing perfume.

Speaking to major Russian channel REN TV, Imam Sami Abu-Yusuf’s remarks came during a 12 minute segment bringing Russians up to date with the latest developments in the migrant invasion of Europe. Sandwiched between eyewitness-footage of migrant rampages in Cologne, women being sexually assaulted by apparently Arab gangs, and a segment on a surge of interest in self defence courses in Germany the Imam told the interviewer: “we need to react properly, and not to add fuel to the fire”.

Read moreCologne Imam: Girls Were Raped Because They Were Half Naked And Wore Perfume

Anyway, speaking of wearing skirts, here’s one way to keep the rapists at “arm’s length” … 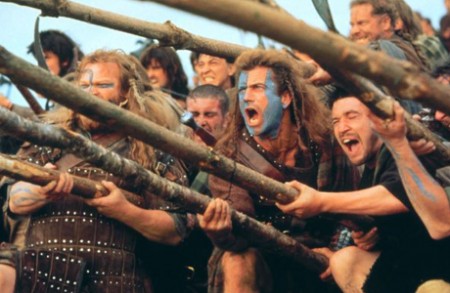 Hundreds of men have taken to the streets of Amsterdam to express their solidarity with the victims of sex attacks that hit the German city of Cologne and other places in Europe on New Year’s Eve.

The demonstrators braved the January cold in the Dutch capital, marching in mini-skirts, accompanied by female protesters, too. 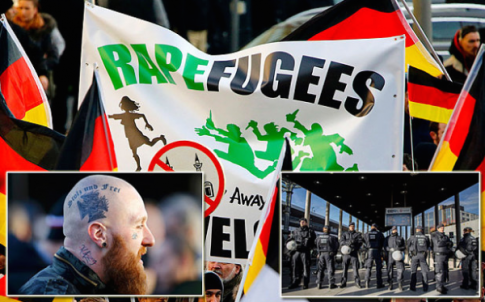 – ‘We weren’t prepared for this’: Cologne police chief speaks out after NYE mass sexual assaults:

Cologne police were not ready to deal with the mass sexual assaults committed during New Year’s celebrations, the city’s police chief told RT, adding that they have never experienced such incidents before.

“Eventually we had a situation where a large group of men were going after women. We did intervene and help. But I’ll admit that we were totally bewildered by it all. We have never encountered incidents like this before and we weren’t prepared for it,” Cologne Chief of Police, Wolfgang Albers, told RT.

Security has been boosted in the German city which was rocked by mass sexual violence on New Year. 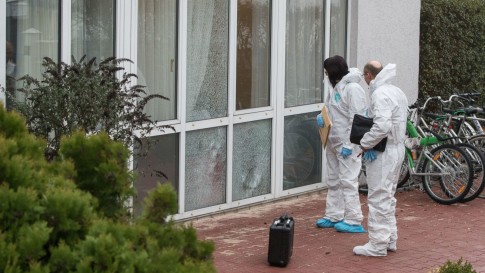 Read moreGermany In Shock After “Monstrous” Attacks, Rape By 1,000 Men “Of Arab Or North African Origin”