The majority of the people don’t want cloned food, but who cares? 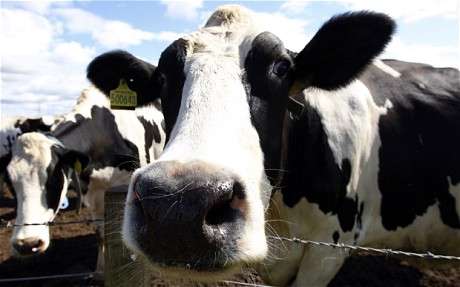 – Meat from offspring of cloned animals to go on sale in UK (Telegraph):

Meat and milk from the offspring of cloned animals could be on sale in British supermarkets by the end of the summer, after attempts to impose controls through European regulation failed.

Families buying meat for barbecues are unlikely to be aware of their food’s controversial links because the labels on packaging will be no different from normal meat.

Europe says no to cloned food labels”Meat from the offspring of cloned animals could find its way onto the EU market, with no one being any the wiser, after member state representatives refused the Parliament’s demand to label clone-derived products,” the European Parliament said in a statement.

The Government has been accused of ignoring consumer wishes by blocking moves to label meat and milk products which have genetic links to cloned animals.

The commission and member states feared a trade war with Washington if tougher controls came in to highlight produce from the offspring of cloned animals.