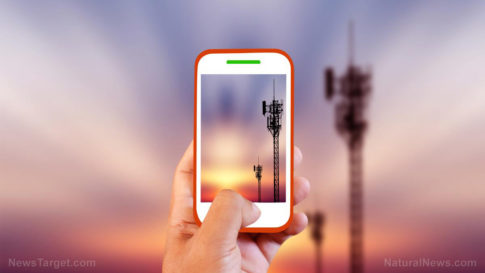 Media outlets across the state have been reporting on a warning issued by the California Department of Public Health (CDPH) that long-term and extensive use of cellular phones could be detrimental to your health. These phones emit radiofrequency energy when sending and receiving signals to and from cell towers, and some experts have warned that these frequencies could cause brain damage, particularly in children and adolescents.

The CDPH has warned that over 95 percent of Americans now use mobile phones on a daily basis, and the majority of children are given their own cell phones by the age of 10.

“Children’s brains develop through the teenage years and may be more affected by cellphone use,” said Dr. Karen Smith, the state’s public health officer. “Parents should consider reducing the time their children use cellphones and encourage them to turn the devices off at night.” (Related: Discover the latest technological devices at Glitch.news.)

While the CDPH has been careful not to label cell phones as dangerous, and is simply warning users to keep their phones away from their bodies when they’re sleeping and not to carry them in their pockets, the fact is that experts have been warning for some time now that these devices can cause brain cancer, tumors, impaired memory, loss of hearing, headaches and trouble sleeping. (Related: Massive government study concludes cell phone radiation causes brain cancer.)

And as far back as 2011, the World Health Organization’s International Agency for Research on Cancer (IARC) warned:

The WHO/International Agency for Research on Cancer (IARC) has classified radiofrequency electromagnetic fields [EMFs] as possibly carcinogenic to humans (Group 2B), based on an increased risk for glioma, a malignant type of brain cancer1, associated with wireless phone use.

Health officials are concerned about possible health effects from cell phone EMFs because some recent studies suggest that long-term cell phone use may increase the risk of brain cancer and other health problems. [Emphasis added]

The research also confirms that people diagnosed with certain forms of brain cancer are more likely to have used cell phones in the preceding decade, and that the cancers usually occur on the side of the head that their cell phones are most often used on.

These studies suggest that regular cell phone use increases the risk of developing some kinds of brain cancer.

The study notes that EMFs have a more profound effect on children because they pass more deeply into kids’ brains. That, and the fact that their brains are still developing, makes children and teens much more vulnerable to the dangers of cell phones. Children, teens and pregnant women are therefore advised to limit cell phone use to texting, important calls and emergencies.

What are some other tips and suggestions for using cell phones as safely as possible?

Learn more about the science of radiation exposure at RadiationScience.com.