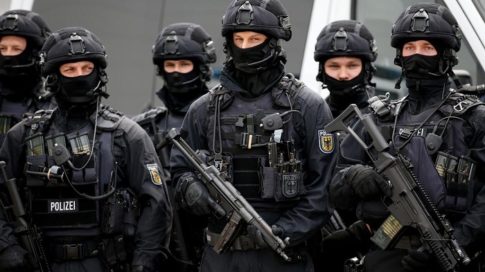 Violence broke out after 20,000 people took to the streets to protest the July G20 meeting held in Hamburg, Germany – 1,000 or so of which were described as “hard-left militants.” Reuters reported at the time:

“for the 1,000 hard-left militants who wreaked havoc on the streets of Hamburg, German Chancellor Angela Merkel could not have chosen a better location to hold the G20 summit.” That’s because the dense, urban environment allows them to disperse and hide easily, and the city is full symbols of the wealth they detest – from the gleaming 800 million euro ($913 million) Elbphilharmonie concert hall to the shipyards that build luxury yachts.

As the July 7-8 summit started, Black Bloc anarchists and other anti-capitalist protesters sat in groups on main intersections, blocking streets and bridges leading to the summit venue as well as a road used by trucks at Hamburg Port. On Thursday night, they hurled beer bottles, blocked roads using trash bins and set cars on fire.

A total of 186 people were detained and 225 were arrested, while around 500 police officers were reportedly injured. Arrest warrants were issued for 51 individuals following the riots.

Hamburg authorities faced accusations of abuse of power during the summit, as German media reported the use of a banned combat weapon, to fire on attackers. The MZP 1multipurpose pistol was used to shoot rubber bullets on 15 occasions, while tear gas was deployed 67 times between July 6 and July 8. 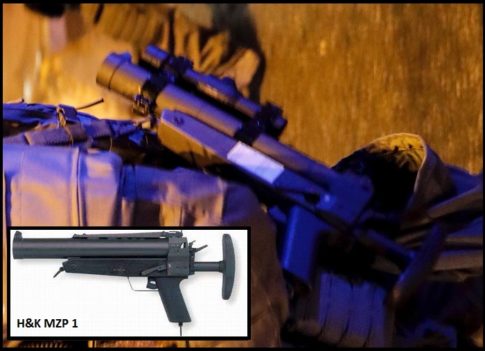 Hamburg police insist that the MZP 1 is a permitted weapon, however a Finance Ministry document seen by Spiegel reveals that it is in fact a banned combat weapon. The manufacturer of the weapon, Heckler & Koch, classifies the MZP 1 as a grenade launcher. 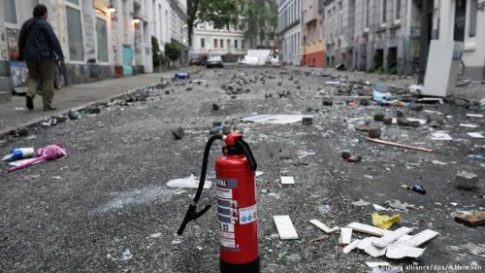