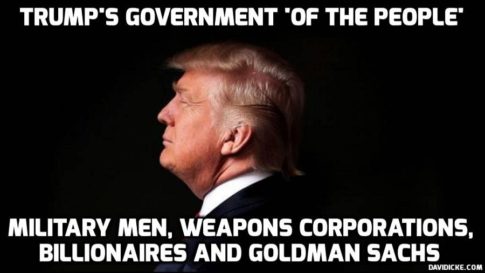 What do we make of Trump’s national security speech?

First of all, it is the military/security complex’s speech, and it is inconsistent with Trump’s intention of normalizing relations with Russia.

Trump begins by honoring the military, police, Homeland Security, and the Chairman of the Joint Chiefs of Staff. In other words, “America first” means domination by Washington over the citizenry as well as over foreign countries.

Trump then cloaks himself in the American people who “voted to make America great again.”

Then Trump’s speech picks up the Israel Lobby’s line about a bad deal with Iran and asserts that previous administrations tolerated ISIS, when in fact they created it and set in upon Libya and Syria. 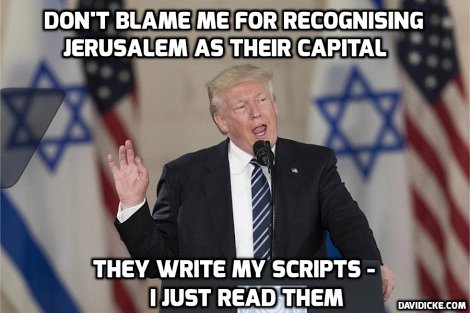 Then he attacks environmental protection and complains of illegal aliens, while ignoring the refugees Washington’s wars imposed on Europe.

In an era of neoconservative celebration of US world hegemony, Trump accuses his predecessors of losing confidence in America. This is extraordinary.

When a country’s entire foreign policy is based on the assumption that it is the “exceptional and indispensable country,” how is this a loss of confidence? It is massive arrogance and hubris. The problem is not a loss of confidence by the rulers but an overbearing hubris.

Then Trump claims that through him, Americans again rule their nation.

He says that now Washington is serving the citizens. Looking at the tax bill, he must mean that citizens consist of the One Percent.

He next associates making America first with more money for the military.

Then he blames Iran for terrorism, something that Iran lives in fear of, but he does not mention Saudi Arabia’s support for terrorism or that of the US military/security complex’s which encourages terrorism as a weapon against Iran and Russia and as an excuse for its massive budget and power.

Trump then claims credit for the Russian/Syrian defeat of ISIS. It has been proved that ISIS is supported and financed by Washington. Trump’s claim is even more ridiculous than the previous claims of the Obama regime that the US defeated National Socialist Germany. Russia, which did defeat Germany, was not invited to the anniversary celebration.

Trump next demands that the countries we defend pay for it. Who are these countries and who do we defend them from? He can only mean Europe, Canada, Australia, Israel, and Japan. Is Washington defending them from Russia, China, North Korea and Iran or from the terrorists Washington creates, arms, and supplies to overthrow Libya, Syria and whatever countries Washington is successful siccing terrorists on. Apparently, some of these CIA-created terrorist organizations break loose from their creator and conduct operations on their own. So, Washington is a government that creates its own enemies.

Trump next brags on the sanctions he has imposed on “the North Korean regime.” He doesn’t mention, and I would bet he does not know, that Washington has withheld a peace treaty since the 1950s from North Korea. Washington has kept the war status open for 64 years. Having seen the fate of Libya, Iraq, Afghanistan, Syria, Somalia, etc., little wonder North Korea wants nuclear weapons.

This is nothing but feel-good talk. Trump is repeating the lies because the lies make him look good. What Trump should be doing is pointing out the meaninglessness of the unemployment rate, because it doesn’t count the unemployed, only those few who looked for a job in the last 4 weeks. He should be pointing out that the stock market is not a sign of a growing economy but a sign of massive money creation by the central banks of the US, EU, UK, and Japan. The massive printing of money has flooded into paper assets, driving up their price and further enriching the One Percent.

Trump says that one leg of the strategy is to “preserve peace through strength.” What peace is he talking about? In the past two decades Washington has destroyed in whole or part eight countries and overthrown democratic governments in others. Is Trump equating peace with Washington’s wars? No other country has initiated wars and invasions and bombings and aggressive military actions on other countries’ borders. Trump says that America is threatened by enemies and to protect us the military will be enlarged. He said he was overturning the “defense sequester,” something that clearly does not exist.

My conclusion is that Trump has surrendered to the real rulers of America – the powerful interest groups such as the military/security complex, the Israel Lobby, the environmental polluters, Wall Street and the banks “too big to fail.” 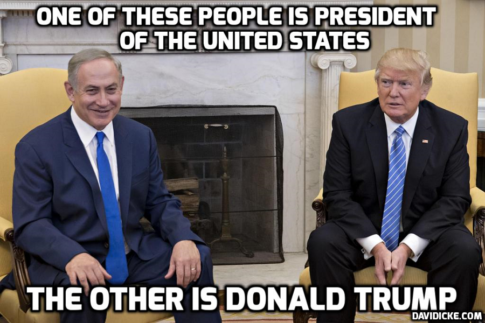 America is a country in which despite the hopes flyover America had in Trump, an oligarchy rules.

The American people, regardless of who they elect, have no voice, no input, no representation.

The governments of Ronald Reagan and George H. W. Bush were the last governments that were subject to any accountability. With the Clinton regime the United States entered into the age of tyranny.