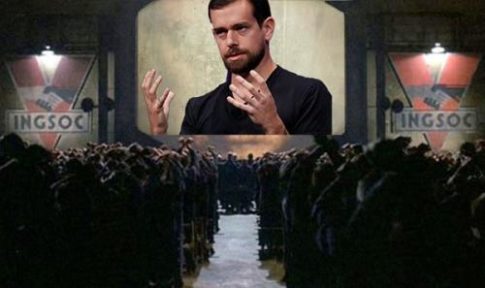 Twitter will begin suspending accounts which engage in “hateful conduct” or affiliate with organizations which “use or promote violence against civilians to further their causes” both on and off the platform, following a November announcement. The new rules apply to whatever Twitter deems “hateful,” including “hateful images or symbols in your profile image or profile header.”

While many conservative Twitter users have suffered unfair account suspensions, mysterious drops in retweets and likes on controversial tweets, overnight drops in follower count, and unexplained disappearances of trending topics which paint liberals in a bad light, Twitter’s new rules effectively allow the social media giant to openly engage in censorship without repercussion.

We believe in freedom of expression and open dialogue, but that means little as an underlying philosophy if voices are silenced because people are afraid to speak up. In order to ensure that people feel safe expressing diverse opinions and beliefs, we prohibit behavior that crosses the line into abuse, including behavior that harasses, intimidates, or uses fear to silence another user’s voice.

Context matters when evaluating for abusive behavior and determining appropriate enforcement actions. Factors we may take into consideration include, but are not limited to whether:

Violence: You may not make specific threats of violence or wish for the serious physical harm, death, or disease of an individual or group of people. This includes, but is not limited to, threatening or promoting terrorism.

You also may not affiliate with organizations that – whether by their own statements or activity both on and off the platform – use or promote violence against civilians to further their causes.

Abuse: You may not engage in the targeted harassment of someone, or incite other people to do so. We consider abusive behavior an attempt to harass, intimidate, or silence someone else’s voice.

Hateful conduct: You may not promote violence against, threaten, or harass other people on the basis of race, ethnicity, national origin, sexual orientation, gender, gender identity, religious affiliation, age, disability, or serious disease.

Hateful imagery and display names: You may not use hateful images or symbols in your profile image or profile header. You also may not use your username, display name, or profile bio to engage in abusive behavior, such as targeted harassment or expressing hate towards a person, group, or protected category.

While Twitter’s new rules are sure to lead to the purge of countless supremacists, you can say goodbye to Pepe the Frog – a cartoon meme made popular during the 2016 election among Trump voters, which the ADL considers to be a hate symbol despite a small percentage of Pepe memes expressing anti-Semitism or bigotry. 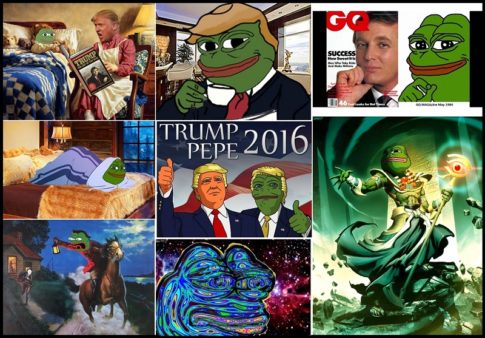 If I get booted from Twitter in the purge tomorrow, you’ll be able to find me talking to my kids for once and seeing what it’s like outside.

Last month Twitter suspended it’s “blue check mark” verification policy, stating that it will rescind a user’s verified status if a person violates company guidelines. With blue checks having become a status symbol over the years, Twitter thinks the system is flawed and needs an overhaul.

“Our agents have been following our verification policy correctly, but we realized some time ago the system is broken and needs to be reconsidered,” CEO Jack Dorsey tweeted in November. “And we failed by not doing anything about it. Working now to fix faster.”

Verification was meant to authenticate identity & voice but it is interpreted as an endorsement or an indicator of importance. We recognize that we have created this confusion and need to resolve it. We have paused all general verifications while we work and will report back soon

The announcement was quickly followed by the removal of blue checks from white nationalist Richard Spencer’s account, Unite the Right organizer and former Obama activist Jason Kessler, and conservative Jewish journalist Laura Loomer – who compared the loss of her blue check to the holocaust.

And so it begins. Twitter is quick to call me and others Nazis, but they are literally trying to eradicate my presence. Just like Hitler. https://t.co/qaVWOMKyc0

Twitter’s recent changes have sparked a stampede of users to competing social network Gab.ai, “a social network that champions free speech, individual liberty, and the free flow of information online. All are welcome.”

Ahead of the #TwitterPurge make sure you follow me on Gab.ai. You can find me DavidVance. (I am verified over there too!) Let’s drain the twitter swamp!

Not sure what’s up with this whole Twitter Purge chatter, but I’m on Gab too at https://t.co/qlOzNJ60i0 https://t.co/YVRUWA81C5

At this rate, someday you’ll hop on Gab to tell your grandchildren where you were when the great Twitter purge began.