And yes, exactly the opposite of what Yellen said is the truth… 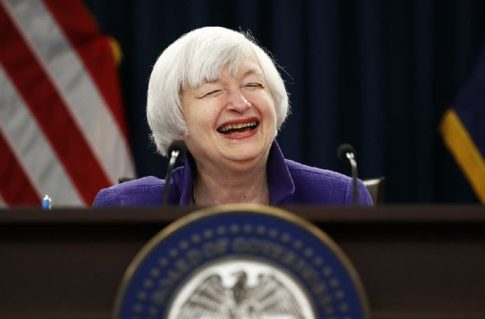 It also allowed Fed Chair Janet Yellen, at her final press conference before her term ends in February, to signal an all-clear for the U.S. economy a decade after the onset of the 2007-2009 recession.

“At the moment the U.S. economy is performing well. The growth that we’re seeing, it’s not based on, for example, an unsustainable buildup of debt … The global economy is doing well, we’re in a synchronized expansion,” Yellen said. “There is less to lose sleep about now than has been true for quite some time, so I feel good about the economic outlook.”