– Surveillance State: Stanford Researchers Use AI To Determine Neighborhood’s Bias By Its Cars:

A team of researchers at Stanford University have trained artificial intelligence algorithms to observe and study millions of images on Google Street View to determine how people vote by the make of their car. The algorithms were trained to recognize the make, model, and year of every car produced since 1990, in more than 50 million Google Street View images across 200 American cities. 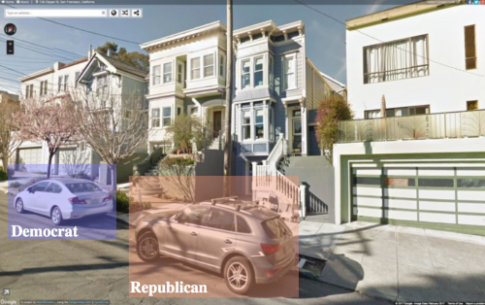 The data on car types and location were then compared against the most comprehensive demographic database in use today, the American Community Survey, and against presidential election voting data to estimate demographic factors such as race, education, income and voter preferences, the Stanford News reported.

Fei-Fei Li, an associate professor of computer science at Stanford and director of the Stanford Artificial Intelligence Lab, led the team of researchers who published the study on Tuesday in the official journal of the U.S. National Academy of Sciences, and found a “simple linear relationship” between cars, demographics and political persuasion.

Li is an expert in computer vision and deep learning, a form of artificial intelligence in which she teaches algorithms to “recognize three-dimensional objects in two-dimensional images”. The algorithms were trained, but more importantly, they became self-aware combing through millions of images on Google Street View in identifying the political preference of a citizen through the car they owned.

“Using easily obtainable visual data, we can learn so much about our communities, on par with some information that takes billions of dollars to obtain via census surveys. More importantly, this research opens up more possibilities of virtually continuous study of our society using sometimes cheaply available visual data,” Li said. 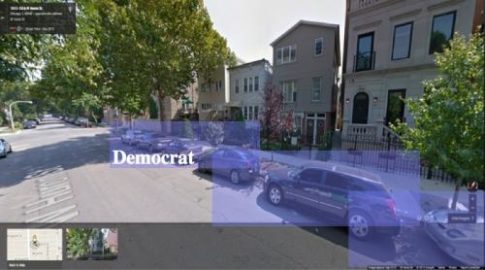 The algorithms worked day and night for two weeks and were able to probe through 50 million images creating 2,657 categories by make, model, and year. Standford News said that “a human working at a relatively high rate of six images a minute would need 15 years to complete the same task”.

Researchers believe their algorithm could be an inexpensive real time solution to the more costly demographic surveys. For example, the American Community Survey costs the U.S. more than $250 million per year a lag time between data collection and publication that could span 2-years. Li’s algorithm is a hopeful to replace the current surveys.

Not so fast, however said Timnit Gebru, first author of the paper and formerly a member of Li’s lab, who does not “see something like this replacing the American Community Survey, but as a supplement to keep the data up to date.” Gebru has high hopes for the technology of extracting critical information in the world around us on inexpensive platforms such as Google Street View.

“If you walk around a neighborhood looking at cars, the density of traffic sometimes tells you things as valuable as the types of cars you see on the streets. We can use all this information in our algorithms,” Gebru said. Li agreed, counterting that “It can help us understand how our society works, the things people need and how we can improve lives,” Li said. “There is great potential to use computer vision technology in a constructive and benevolent way.”

And while AI algos at an elite academic institution are mapping out the political preferences of each American by location, with what one hopes are ultimately benign intentions, one wonders what would happen if the data fell into the wrong hands, or if – gasp – the “election manipulating” Russians were to do a similar analysis using entirely publicly available data? Would America’s next president be an organgutan?